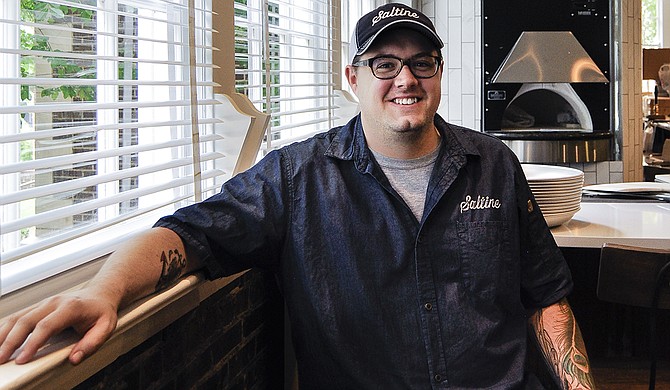 Jesse Houston, a well-known Jackson chef who helped the late Craig Noone open Parlor Market and most recently served as the executive chef at Saltine Oyster Bar, will now serve as culinary director and acting executive chef of Fine & Dandy. Trip Burns/File Photo

BRAVO! Italian Restaurant & Bar will close from Aug. 28 through Sept. 25 for building repair and renovation. The restaurant (4500 Interstate 55 N., Suite 244) will celebrate the coming renovations with a party called "The Closer" on Saturday, Aug. 12, that starts at 6 p.m.

The Closer will feature rare, vintage wines from the BRAVO! cellars, hors d'oeurves, a cash bar and an auction where visitors can bid for a seat of their choice at BRAVO!'s reopening party, as well as furniture and other accessories currently inside the restaurant.

"The Closer is going to be like a cocktail party with hard-to-find wines," Susan Farris, marketing manager for Mangia Bene Restaurant Management Group, told the Jackson Free Press. "It's our way of celebrating our regulars and all the people who come to BRAVO! with their families and friends."

BRAVO!'s grand unveiling party for the remodeled restaurant will take place on Tuesday, Sept. 26. Only people who attend The Closer and bid on a seat will be able to attend the grand unveiling. The event will feature a dinner of at least five courses with seatings at 6:30 p.m. and 9 p.m.

Tickets to the closer are $60 per person and $100 per couple. People can purchase them at eventbrite.com. For more information, call 601-982-8111 or visit bravobuzz.com.

Jesse Houston, a well-known Jackson chef who helped the late Craig Noone open Parlor Market and most recently served as the executive chef at Saltine Oyster Bar, will now serve as culinary director and acting executive chef of Fine & Dandy.

Miller Hospitality, which is a Jackson-based restaurant-development company that owns Fine & Dandy, announced Houston's position on July 28. Fine & Dandy is slated to open in The District at Eastover this fall.

The restaurant is located in the center of The District and will feature outdoor patio seating next to The District Green, which is the development's outdoor common space. The menu will include burgers, snacks, cocktails and more.

Houston, who is a Dallas native, attended Texas Culinary Academy. He moved to Jackson and helped open Parlor Market in 2010. He opened Saltine Oyster Bar in 2014 with his wife, Rachel, and he was a semifinalist in the James Beard "Best Chef South" competition in 2016. Houston, who left Saltine in early 2017, recently completed a four-month residency in Tulum, Mexico.

Two Sister's Kitchen, a southern buffet in Jackson that won the Best of Jackson award for Best Fried Chicken for many years running, has closed after nearly three decades in business. Diann Irving Alford, who is the restaurant's owner, posted to the restaurant's Facebook page that she was closing the restaurant to care for her mother. The Facebook page went offline by July 22.

Before the announcement about her mother, Irving posted to Facebook on July 18 that the restaurant would be temporarily closed because of air-conditioning repair. Irving did not respond to a request for comment about the closing by press time.

Two Sister's Kitchen opened in 1989 inside a Victorian-style house in downtown Jackson that was originally built in 1903. In addition to being a longtime Best of Jackson winner, the restaurant was also featured on Travel Channel's "Man v. Food Nation" and on blogs such as FoodAndWine.com.

Rankin on the Move, which is a nonprofit organization that seeks to rally Rankin county residents around issues such as health care, economic development and education, will host an economic development forum on Aug. 17 at the Rankin County Safe Room and Conference Center (651 Marquette Road, Brandon). Joe Max Higgins Jr., who is the chief executive officer of Golden Triangle Development Link, will speak at the event.

The Golden Triangle refers to an area in northeastern Mississippi that encompasses Columbus, Starkville and West Point. Higgins and his organization have brought 5,900 jobs to the area since 2003 and contributed to an industrial boom in the area.

"The idea of this economic development forum is to promote the idea that each town in Mississippi effects every other town and that it is important for residents to move forward together using what we have," event organizer Carole Cannon told the Jackson Free Press. "Higgins brought manufacturing jobs into the Golden Triangle and got people to invest in infrastructure and education, which helped bring those 6,000 jobs to the area. We want him to show people in Rankin how to attract jobs and tech markets here."

Doors will open at 6 p.m., and the program will begin at 6:30 p.m. In addition to Higgins' presentation, the event will also feature a salute to women and millennial entrepreneurs and a period for visitors to network and exchange information. The event is free and open to the public. For more information, visit Rankin on the Move's Facebook page.