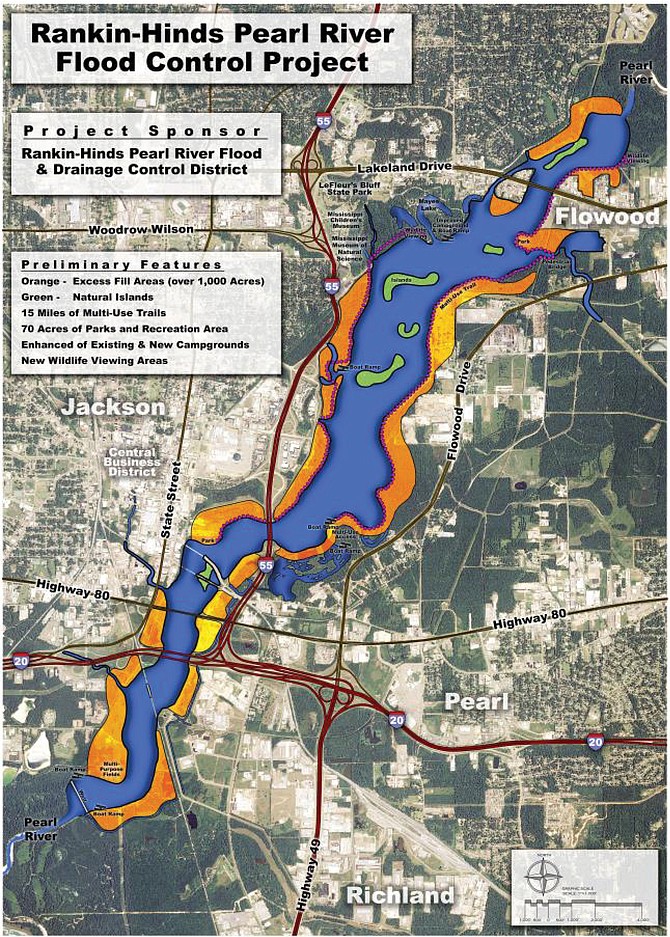 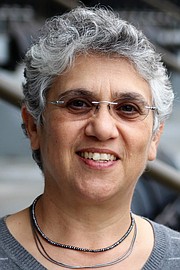 I've heard folks trying to outsmart nature say, "This is what God would have done if He'd had the money."

The "One Lake Project" proposes to clear-cut more than 1,000 acres of an eight-mile stretch along the Pearl River through the Jackson metro; widen, deepen and dam the river; and then build a lake with roads, homes and stores around it. It's suggested that the proposed lake could reduce flooding risks for existing development in the Pearl's watershed (the land around rivers).

Congress has earmarked $150 million for the project, with the possibility of millions more. The Mississippi Legislature just granted the Pearl River's levee board the power to tax property on or near the development. The project depends on taxpayer money, and at the same time jeopardizes air and water quality, fish and wildlife, and the river bed—commodities that belong jointly to all citizens of Mississippi, not to landowners or governments. Tinkering with what we own individually is one thing; tinkering with what belongs to everyone is gambling with someone else's birthright.

It's hard for politicians to say "no" to pitches that talk free money, promise Jackson will become a paradise, and assert that the likes of the 1979 flood won't happen again (though some experts believe the reservoir may have worsened it).

Flowing rivers and watersheds may look lazy, but in reality they work very hard. The Pearl's watershed puts water in the river and makes life possible for fish, wildlife and recreation. The river gives industries a place to lawfully release their wastewater. It also sends freshwater in just the right amounts, temperatures and speeds to the coastal marshes that are the breeding waters and nurseries for our Gulf Coast's world-famous sport and commercial fisheries.

Rivers flowing naturally, along with the lands and forests on their borders, naturally store floodwaters. They refill underground reservoirs we use for drinking and agriculture. They clean our water, support native wildlife, and give native and migratory birds life-sustaining places to rest and eat. They are home for trees and vegetation that cool our environment, clean the air of the carbon dioxide we can't breathe, produce the oxygen we do breathe and, yes, they reduce flooding.

A new Pearl River dam and lake raise huge concerns for the short and long term: lots of lights and lots of traffic; new flooding downstream in Mississippi and Louisiana; and negative impacts to industry, wildlife, air and water quality, Gulf fisheries, recreation and public health.

Remember the beef plant? A great idea in theory. Kudzu and cogongrass? Both touted for erosion control and livestock feed, and both are causing problems for farmers and wildlife. Chinese tallow trees wreck infrastructure, cause fish kills and take over native landscapes.

The U.S. Army Corps of Engineers' history of altering streambeds to control flooding stopped when it became clear that those alterations increased flooding. The New Orleans levees inundated the now famous 9th Ward, which is built in a floodplain.

A Mississippi State University study reported that in 2010 wildlife-associated recreation had economic impacts in Mississippi of nearly $3 billion, with almost 70,000 related jobs. The "lake" money coming from Washington could be spent in far better ways to make Jackson better for everyone. Clean up and restore the Pearl and its watershed; promote wildlife-related economic impacts and jobs; and fill a few potholes. That's a long-term, sustainable plan for Jackson.

Last year 72 dams in the United States were removed—because dams worsen flooding. The late John Sawhill said, "A society is defined not only by what it creates but also by what it refuses to destroy." I don't think building dams is what God would have done if He'd had the money.

Saying "no" to this dam and lake will take leadership, statesmanship, vision and courage. Albert Einstein said, "We cannot solve our problems with the same thinking we used when we created them."

Surely, we can stop using the same thinking we used when we created the problems along the Pearl River. While romanticizing the idea of sipping a cup of coffee on the Pearl, let's think about all the costs that will go into that cup of coffee, for now and for generations to come.

Jayne Buttross is a conservation advocate and retired attorney living in Jackson.