OPINION: A Pearl of Great Price: The Value of a Flowing Pearl River in Jackson | Jackson Free Press | Jackson, MS

OPINION: A Pearl of Great Price: The Value of a Flowing Pearl River in Jackson 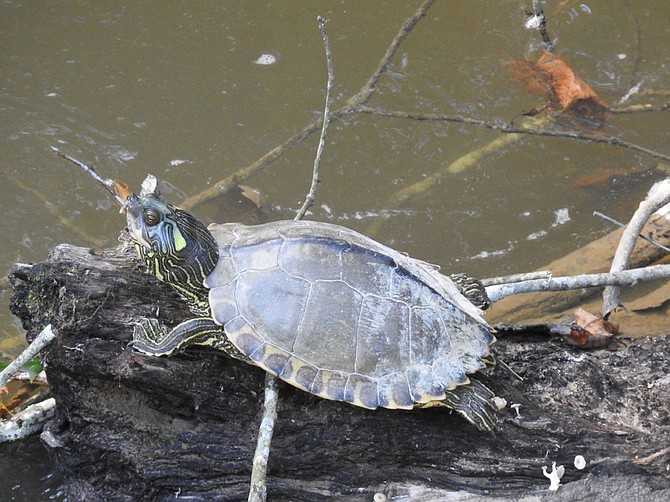 As a biologist and someone who has spent the last 15 years studying wildlife on rivers and streams in Mississippi, I have a unique perspective about the beauty and value of flowing rivers. I have seen beautifully clear streams nestled in pristine bottomland hardwood forests somewhat reminiscent of a “Jurassic Park” scene. But I have also seen incredibly trashy systems marred by human waste and refuse.

Nonetheless, flowing rivers and their wetlands provide some unbelievable benefits to wildlife and people. Some of these benefits are seen, and some are "unseen." This is true of the Pearl River and its floodplain forest in the Jackson area.

Rivers and their surrounding bottomland floodplains serve as the habitat for a large diversity of aquatic species, including fish and turtles. The Pearl River hosts many local game fish species popular with local anglers like flathead, blue and channel catfish, largemouth bass and bluegill. However, it also hosts several rare and endangered fish species many may be unfamiliar with, including the Gulf sturgeon, Pearl and Crystal darters, frecklebelly madtom (a small catfish species) and Alabama shad. The Gulf sturgeon and Alabama shad are anadromous species, meaning they live their adult life in the Gulf of Mexico, but they migrate northward into rivers to spawn, including the Pearl.

Unfortunately, both the Pearl darter and Alabama shad are likely gone from the Pearl River system in Mississippi, with neither seen in the river since 1973 and 2004, respectively. It seems likely the disappearance of these two species is associated with the establishment of the reservoir, the West Pearl Navigation Channel and other river modifications made in the early- to mid-1900s.

The Pearl River and its floodplain also have an extremely diverse turtle fauna as well. The river is the only one in the world that has the ringed sawback and the Pearl map turtle. Both of these species are very attractive (for a turtle), and they are of conservation concern for a number of reasons, mainly associated with alterations to their river habitat (e.g., construction of dams, channelization of rivers, excess river sedimentation and collection for the pet trade). The ringed sawback is considered threatened under the U.S. Endangered Species Act, and Mississippi also lists it as endangered. The Pearl map turtle is a candidate species for federal protection.

Even though the stretch of the Pearl River around Jackson can be unsightly, one of the healthiest ringed sawback populations occurs between the Reservoir and Lefleur's Bluff State Park. Similarly, the cypress ponds and oxbow lakes can be extremely diverse for turtles. In two years of trapping, my students have captured nine different species in three floodplain ponds in LBSP, ranging from the most common of all turtle species, the red-eared slider, to rare species like the alligator snapping turtle, which is also a candidate species for federal protection.

For fish and turtle species in flowing river habitats, if something happens to their environment—like a dam turning a flowing river into a stagnant lake—they will likely be lost over time. More common species better suited to nonflowing conditions will replace them.

Along with aquatic organisms, the Pearl River also hosts numerous local and migratory birds. Take the prothonotary warbler, or swamp canary, for example. This bright yellow songbird migrates from Central and South America, and breeds in the bottomland swamps of rivers and streams in the southeastern U.S., including the Pearl River. At LBSP, you can currently hear the males tweeting their beautiful songs. Under the “One Lake” plan, much of this forest will be lost, and without adequate floodplain forests and nesting cavities, the spring song of this species could disappear from the Pearl around Jackson.

The swamps of the river also serve as vital nesting areas (aka, rookeries) and places to feed many wading birds like little blue herons, great egrets, snowy egrets and great blue herons. I have also observed our national bird, the bald eagle, in sections of the Pearl River inside the city limits of Jackson; they are usually perched in large trees along the river waiting to grab an unsuspecting fish or turtle to eat.

The Pearl River floodplain also has great recreational and ecotourism value. The development of biking and hiking trails in Ridgeland has improved the quality of life for many people in the area, and the trails behind the Mississippi Museum of Natural Science are a hidden treasure to the community. Also, the Fannye Cook Natural Area is a multi-use wildlife viewing and recreational property (i.e., hiking, biking) that is beneficial to the people of Flowood and the surrounding community. What could happen if we maintain the existing floodplain of the Pearl, rather than building the “One Lake” project? Could we connect all of these trail systems, parks and natural areas, making the greater Jackson area a stunning urban example of both a greenway and floodway?

Along with the watchable, recreational and consumptive uses, the wetlands of the Pearl River system, including the surrounding oxbow lakes and cypress swamps, provide many "unseen benefits" to the people of Jackson. These unseen benefits are often called ecological services—a service the environment provides to us at no cost. However, if wetlands are lost to development or a lake, then there could be great monetary losses.

First, the wetlands of the Pearl River serve as a "sponge" to soak up extra water when floods occur. Some estimates put the value of wetland flood protection at $3,000 per acre per year in protection. For example, the 305 acres of wetlands in LBSP provide almost $1 million toward flood protection to the Jackson metro area every year. This value is substantial to the greater community, but unfortunately, neither LBSP nor the other private landowners will see this as a direct monetary benefit to them. If these wetlands are lost, the flooding risks accelerate and lead to more homes damaged during subsequent flooding.

Second, the wetlands serve as an ecological biofilter to clean the water for the benefit of animals and humans alike. For example, wetland plants capture excess nitrogen and convert it into more plant tissue rather than polluting local waterways.

Third, wetlands also serve as valuable nurseries for spawning fish, including both game and nongame species.

Want to have your voice heard on “One Lake”? Attend the meeting for public comment for the project at 6 p.m. on Tuesday, July 24, at the Mississippi Agriculture and Forestry Museum (1150 Lakeland Drive). This feedback is important for local, state and federal entities to know what the public thinks about the project. If you cannot attend the meeting, you can register your comments here.

Will Selman is an assistant professor of biology at Millsaps College. This column does not necessarily reflect the opinions of the Jackson Free Press.

Read more stories about the Pearl River and the One Lake project at jfp.ms/pearlriver.