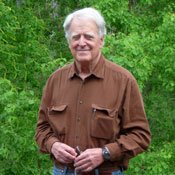 The river sliding under Old Brandon Road, leading into Rankin County, looks sad. The U.S. Army Corps of Engineers channelized the river in the years following a painful 1961 flood that cost about $100 million in damages. The Easter flood of 1979 inundated portions of the city of Jackson and Rankin County after developers promised that the Corps' spanking new levees safely allowed construction in the floodplain, costing more than $200 million in damage.

The Corps removed much of the original hardwoods growing in the area, leaving behind first-generation shrubbery and intermediate growth, coupled with an unhealthy dab of non-native species.

The river also has an abandoned landfill snuggled up to it like a mangy dog, creating problems not only for naturalists but also for people like Mayor Harvey Johnson Jr., who in the past wanted the processed portion of the river to feature a city park, but found the landfill removal cost prohibitive.

Jackson oilman and developer John McGowan, who is pushing a plan to dam the Pearl River near Interstate 20 and flood the wetlands up to the Ross Barnett Reservoir dam, dismisses the wetlands as low quality.

"The area along the river in that spot really aren't pretty," McGowan told the Jackson Free Press. "The water is bad, and it probably wouldn't even be much of a river some months out of the year if the Ross Barnett Reservoir folks didn't have a contract to keep enough water flowing from the reservoir to the city's water treatment plant."

McGowan's plan to create a 4,133-acre lake along the Pearl River will require 12,000 acres of this wetland. But eminent domain issues are only one piece of the greater puzzle.

The Threatened List
Naturalists argue that a significant portion of the 12,000 acres of targeted wetland area is actually quality green space.

Lifelong Jackson resident Paul Crowson is an advocate for Mayes Lake, the camping area slated to go underwater if either McGowan's Two Lakes Plan or the competing Lower Lake Plana 1,500-acre one-lake project planned by Waggoner Engineeringgets off the drawing board.

"Nobody's really touching on the issue that the area south of the dam is actually a fully functional wildlife refuge and contains a huge diversity of wildlife," said Crowson, a wildlife photographer who enjoys roughing through the area. "I've personally catalogued 107 species of birds and 89 photos of some of the more notable wildlife. And we mustn't forget there are many plants in the park that are on the threatened list."

Tom Pullen, a former biologist with the U.S. Army Corps of Engineers, said the area hosts a wide variety of South American bird species that spend the spring and summer seasons nesting in the nation's rapidly shrinking North American wetlands.

"The whole forested corridor that would be affected by the Two Lakes project contains some high-quality habitat for birds," said Pullen, who outlined a number of the area's more photogenic species.

The summer tanager is one of the few examples of state birds boasting a complete coat of scarlet with little variation. When the animal flitters past, Pullen said an observer can't help but notice the distinct flash of red.

Another equally visually stunning species is the prothonotary warbler, or swamp canary. As the name implies, the bird has a shocking coat of yellow that offers a sharp contrast to the surrounding green foliage. Bird watchers will tell you that the birds love building their nests in tree hollows, particularly in spots over pools of water. The swamp canary is very picky about its habitat, though. It won't open up shop in an area that does not provide an ample supply of mossand shady, swamp forests are grand spots for the proliferation of mosses. The prothonotary is dependent on deciduous swamp forests with large expanses of relatively deep, standing water. Lakes don't quite fit the bill, so to speak.

Yet another increasingly rare species that calls the Pearl wetlands home is the yellow-billed cuckoo, also known locally as a rain crow, possibly because of an alleged habit of singing on cloudy days. Most people hear the cuckoo before seeing it, though the chances of seeing it outside a wetland is exceedingly slim.

Duany: Save the Wetlands
"We may have a lot wetland areas in Mississippi compared to other states, but we have less of it year-by-year because of development pressures, so we need to preserve what we have," Pullen said.

"The wetlands along the city of Jackson, I thought, were remarkable. It was excellent, actually. It is definitely worth saving," said Duany, one of the lead voices in a 2007 charrette funded through a combination of HUD money, a small business administration earmark and $200,000 from the Mississippi Development Authority.

Developer Leland Speed, one of the lead voices behind MDA and a supporter of the Two Lakes Plan, was initially a fan of the charrette, but backed away from endorsing Duany's advocacy for a smaller Lower Lake plan, which would only affect the channelized portion of the Pearl.

Duany considered the wetlands a factor when he suggested shrinking the lake plan, but admitted that the whole project was super-saturated with politics, and that some voices, including McGowan's, continued to push for the more massive, Two Lakes plan, despite its added difficulties with environmental and property issues.

"I decided that I could not penetrate the politics of Mississippi. It was beyond me. They tried to get me involved in it, but I decided I'd better not. The less I knew the better, so I tried to retain a technical position," said Duany, a nationally acclaimed architect who wrote the book "Suburban Nation: The Rise of Sprawl and the Decline of the American Dream."

"Every possibility had its advantages and disadvantages, but I do remember that the one-lake project we did propose solved the greater number of technical and political problems," Duany said. "There was only one individual who ultimately did not like it. I believe that individual was Mr. McGowan."

Wetlands, Shmetlands
McGowan said he would work with federal watchdogs like the U.S. Environmental Protection Agency to mitigate the large acreage of wetland lost to housing and commercial development by creating new wetlands further out from the river.

He may find the EPA and a flurry of expensive environmental lawsuits laborious roadblocks to navigate, however.

The area occupied by the proposed lake bed also contains certain endangered species, like the rare sawback or map turtlea picky inhabitant indigenous only to the sections of the Pearl River in Jackson and south of the city.

There is also an issue with the Gulf sturgeon, a subspecies of the Atlantic sturgeon, which inhabits the river and its tributaries but is listed as "threatened" under the United States Endangered Species Act. The endangered listing, recognized since 1991, could make the homely looking fish the Pearl River's version of the Spotted Owl, providing a foothold for environmental lawsuits looking to challenge the development.

"This is not the America that saw the creation of the (Ross Barnett) Reservoir anymore," Samet told the Jackson Free Press. "The developments that happened last century wouldn't be able to get through the process as easily today. People's attitudes have changed.

Based on McGowan's single mindedness, I'd say that some people's attitudes haven't changed that much. What has changed is the law that protects wetlands and the science that shows wetlands to be valuable resources worth protecting. It is also important to note that the lake edge wetlands are not as valuable to the environment as lowlands associated with riverine floodplains, especially if the level of the lake is fixed and regulated.

"The wise man built his house upon the rock..." That old Sunday school song speaks volumes of good advice that most of the project Ideas I've heard for this area are just plain ignoring...if you don't want to get flooded out, don't develop a swamp!