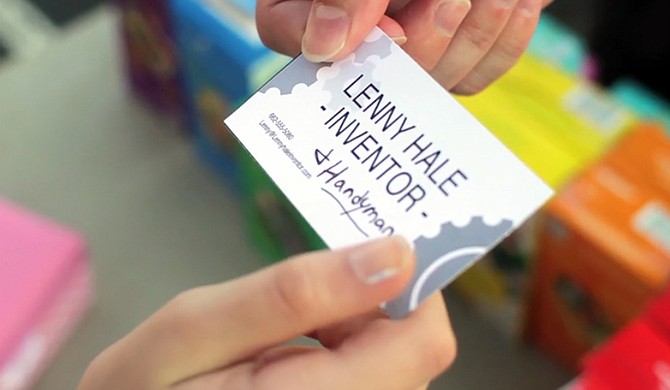 "Tinker" is a somewhat sappy film told on two levels, as the protagonist Lenny Hale (Todd Barnett) looks for happiness and purpose in his life.

He battles his own inner demons while struggling with a sassy cookie-selling Girl Scout (Rachel Thaggard) and with his sister Kara (Casey Dillard) and her husband (Coley Bryant), who desperately want and need Lenny's help in taking care of their aging mother.

Lenny is an inventor, or so his business card says, but he hasn't sold an invention in years, and many of them seem a little impractical. His latest one is a can opener with a butane torch to heat up soup as the person opens the can. When his sister asks if they have stopped causing fires, he replies that it is down to about 20 percent now.

The dialogue in the film is a little stilted in places, and the backstory isn't as developed as it could be, but overall, "Tinker" is a funny little southern story about forgiveness, expectations and not giving up your dreams, even if modifications may be necessary.

"Tinker" screens during the "Girls Just Wanna Make Films (Films by Mississippi Women Filmmakers)" film block on Saturday, April 8, on screen A from 1 p.m. to 3:45 p.m.