Free Memberships at Rainbow Co-Op, Up in Farms Farm Pack and Mantle.Suites 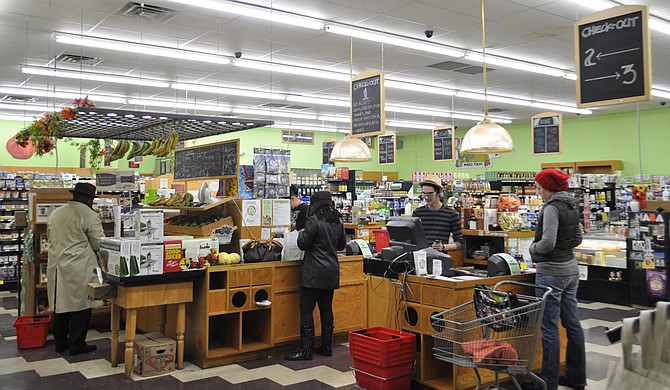 Rainbow Co-Op, a community-owned organic and natural food store in Fondren, announced on Oct. 10 that annual memberships in the cooperative, which used to cost $25, are now free. T

Rainbow Co-Op (2807 Old Canton Road), a community-owned organic and natural food store in Fondren, announced on Oct. 10 that annual memberships in the cooperative, which used to cost $25, are now free. Shareholder memberships, which include part ownership within the cooperative, are still $75.

A membership in the cooperative allows customers to receive a once-per-month 10-percent discount on purchases of $25 or more for qualifying items. Members also have access to reduced pricing on more than 500 different items in the store, in addition to daily specials. Every Sunday is Members' Day, in which customers get 10 percent off their purchase even if they've already used their monthly discount.

Customers who have already signed up and paid for an annual membership before Oct. 10 will now receive a 20-percent monthly discount instead of 10 percent, the same discount offered to shareholders.

The Up in Farms Food Hub, located at the old farmers market off Woodrow Wilson Avenue, launched a new program called Mississippi Farm Pack on Oct. 20. Up in Farms aggregates locally grown fruits and vegetables, and acts as a packing house and distribution point for the produce, distributing to local restaurants, grocery stores and families in need.

The Farm Pack program will allow customers to purchase a six-week memberships to receive a box of locally sourced items from different farmers and producers each week, including seasonal fruits and vegetables, cheese, honey, grits, mushrooms, teas and more.

Up in Farms' building is currently under construction and will eventually feature cold storage and specialized cleaning and cooling equipment to move high volumes of locally sourced products. The organization also helps local farmers with crop planning and marketing of their crops and plans to expand into public schools and other community projects.

To sign up on the waiting list for the next Mississippi Farm Pack or to enroll as a produce distributor, email Terry Sullivan at [email protected], follow Up in Farms on Facebook, or visit upinfarms.com or mississippifarm.com.

Mantle Co.Working, a co-working space that brings solo entrepreneurs, creatives and small teams together in a one location to promote an exchange of ideas, recently announced the development of a new space called Mantle.Suites in Fondren Corner (2906 N. State St.) in the space that Wier Boerner Allen Architects occupied before moving into the Jackson Free Press' former location in Fondren last year.

The upcoming Fondren Unwrapped on Thursday, Nov. 17, will feature a kickoff party for Mantle.Suites. For more information, follow Mantle Co.Working on Facebook @growatmantle or visit growatmantle.com.