New Downtown Restaurant, Arabella, Mercedes and BankPlus at The District 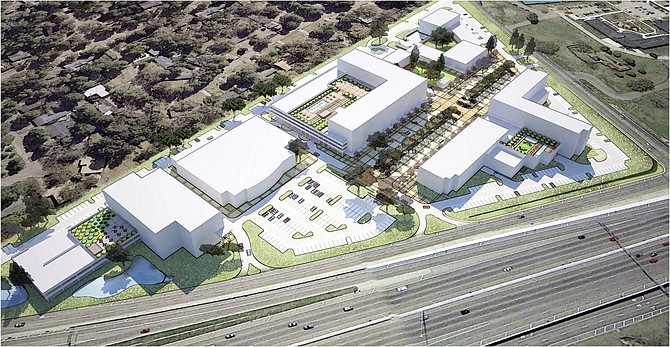 The District at Eastover, a mixed-use city center and combined commercial and residential space located between the Eastover and Fondren neighborhoods, is preparing to welcome BankPlus as its newest neighbor in the area.

The restaurant's owner, Jackson resident Timothy Jackson, once ran an eatery called Hungry Jack's in Byram and also frequently cooked for local events in Jackson. When he began having trouble keeping Hungry Jack's running, Pat Piggot, owner of South Street Live, invited Jackson to set up a new restaurant inside the concert venue. Jackson closed Hungry Jack's on Dec. 23, 2015, and started setting up Latitudes in mid-January 2016.

Latitudes has seating for up to 48 people inside the restaurant itself with additional seating for 50 on the South Street Live balcony. The restaurant has a bar that is open Fridays and Saturdays from 9 p.m. to 2 a.m. with a happy hour from 4 to 7 p.m. The bar also hosts either live bands or a deejay every Friday and Saturday night.

David Hunt, owner of Arabella (207 W. Jackson St., Ridgeland), initially opened his business in October 2015; however, problems with the building kept business low until Christmas. Since then, business has picked up, and the store has come into its own.

Arabella sells women's clothing and accessories, including lingerie, sportswear, swimsuits, handbags, fragrances and jewelry. General Manager Sheryl Mann told the Jackson Free Press that Hunt opened the store on behalf of his daughter, Laura, who has long wanted to operate such a shop but has been unable to do so herself due to persistent health problems.

"Only 10 dealers were recognized with this 'Employee Choice' award out of the entire network, and it is such an honor for us to be included," Trudy Higginbotham-Moody, owner of Mercedes-Benz of Jackson, said in a statement. "We have a great team here, and we invest a great deal in our employees because they are the front line of service to customers. We know that high employee engagement translates into positive customer experiences."

Mercedes-Benz USA President Dietmar Exler sent the top 10 dealerships a congratulatory letter from along with a trophy and special recognition to appear in the March 7 issue of Automotive News.

BankPlus at The District at Eastover

The District at Eastover, a mixed-use city center and combined commercial and residential space located between the Eastover and Fondren neighborhoods, is preparing to welcome BankPlus as its newest neighbor in the area. The new BankPlus office complex will house commercial lending, commercial real estate, cash management, private banking, wealth management and business development, and will also serve as the headquarters of the Jackson banking center.

The BankPlus complex covers 67,000 square feet and will feature a traditional BankPlus office and a state-of-the-art drive-through banking facility. The ground floor will contain 17,000 square feet of retail and restaurant space with frontage on both Interstate 55 and The District Plaza.

Construction on the building will begin in early March with the opening date slated for April 2017. For more information on The District at Eastover contact 601-914-0800 or visit The District's website.