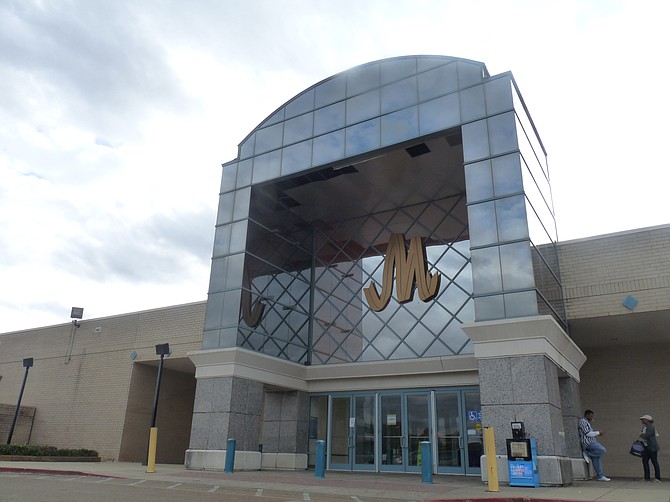 The City of Jackson's Office of City Planning in the Department of Planning and Development is hosting a public meeting tonight, Jan. 26, at 6 p.m., at the Metrocenter Mall to discuss issues related to the development of Mississippi Highway 18. Ward Scheifer/File Photo

Helen Summerford, co-owner of DSquared and Dancing Divas in Highland Village (4500 I 55 N.), along with her business partner, Lea Easley, will soon open a new clothing store for pre-teen and tween girls called Squared Girl in the shopping center.

Dancing Divas—which sold dance, cheerleading, ballet, and gymnastics apparel and accessories—was the first clothing store Summerford opened in 2009. She decided to close it down about two weeks ago and will reopen the store in early- to mid-February as the rebranded Squared Girl, which will shift focus from uniforms and dance apparel to more conventional clothing like the inventory of DSquared, which also has a second location in Dogwood Festival Market.

Summerford hopes to hold a soft opening for Squared Girl Feb. 8, with a grand opening featuring prize drawings at a later date.

The City of Jackson's Office of City Planning in the Department of Planning and Development is hosting a public meeting tonight, Jan. 26, at 6 p.m., at the Metrocenter Mall (3645 U.S. 80) to discuss issues related to the development of Mississippi Highway 18.

The Office of City Planning is preparing a Highway 18 master plan to help City officials guide future development along the corridor. The highway functions as a commuter artery for Raymond, Utica and Port Gibson, but also has the potential to be developed as a commercial corridor.

The City's goal is to create a viable and sustainable zoning and land-use plan for Highway 18 with input from the public. The master plan will bring public awareness to the present conditions of the corridor. Today's meeting is the first of three planned to take place and will focus on educating the public about the corridor and the master plan. The next meetings will focus on zoning and land use along the highway, housing and transportation. The city planning office expects to hold the next meeting in about two months.

For more information, call the Department of Planning and Development at 601-960-2037.

Sam Gazawaneh, owner of seafood restaurant Sam's Southern Eatery, opened a new location in Jackson about two weeks ago at 724 Raymond Road, inside a former Dairy Queen location. The new Sam's in Jackson is the third location Gazawaneh has opened in Mississippi, with the others in Southaven and Tupelo. Gazawaneh runs 54 locations across Mississippi, Texas, Louisiana and Arkansas.

The restaurant serves a wide variety of seafood like jumbo shrimp and catfish along with po-boys, wings, salads and more. Gazawaneh, a former gas-station worker, opened the first Sam's Southern Eatery in Shreveport, La., in 2008 because he wanted to do something different with his life.

"I started this business not knowing much about restaurants, but people ended up loving the food I made and the feel I gave to the restaurant," Gazawaneh said. "I learned to cook on my own and opened Sam's, mainly serving chicken at first, but I eventually learned to prepare fish and shrimp and other items, and over time, ended up turning Sam's into a seafood restaurant."

Gazawaneh gives personal attention to each new location he opens, spending at least a week working in the kitchen alongside his staff at each restaurant to help them get settled in. The new location in Jackson has proven so successful that he has stayed an additional week to continue helping the staff, Gazawaneh said.

"There's not much of a secret to my method of cooking, in my opinion, and I think anyone can learn it," Gazawaneh said. "I may not think it's much to brag about, but apparently I must be doing something right, and it's working really well."