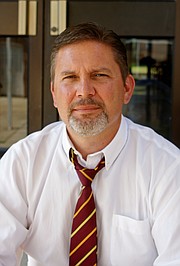 Going into last November's elections, Mississippi educators were hoping for real leadership. Instead, what they got was more of the same. The best example of this is House Education Chairman John Moore's bill to silence educators, which he filed last year and again this year. This is a blatant attempt to tell educators, especially superintendents: "Keep your mouth shut. Don't challenge us." This session, House Speaker Pro Tempore Greg Snowden filed a similar bill. Snowden, as you may remember, authored the confusing legislative alternative to Initiative 42.

Moore's bill is the more onerous of the two, leveling $10,000 fines and revoking teacher licenses. But without any provision for who can file a complaint, or to whom, it appears the education chairman's bill is reactionary and not well thought out. Snowden's bill, while similar, is not as toxic and is more measured. It only has fines of $100 for the first offense and $250 for each further offense, to be investigated by the secretary of state's office. Complaints can be filed by "any state or federal oversight, enforcement or regulatory governmental entity," which includes those poor, harassed legislators.

Both authors claim the bills are not about stifling free speech, but about making sure educators are about the business of educating and not using school time, facilities or materials for partisan politics. And, honestly, that is a valid point. Teachers should not use class time for anything non-educational. And, of course, school materials should not be used for personal or political purposes.

But these bills go well beyond flyers and phone calls. They would prohibit talking to fellow teachers at lunch, or the playground, or on duty about anything that can be construed as political or policy, or even voicing a political opinion on Facebook during a school break. Teachers can't discuss who they prefer for governor, or why they may oppose a bond issue, nor can they encourage each other to meet with a local legislator about changing state testing. School administrators, while working after school at ball games or other activities, would be prohibited from discussing the latest state standards proposal of the Legislature or whether or not funding for students with special needs is appropriate. Likewise, both bills require the school superintendent and school board to be totally neutral publicly, except for their own personal campaigns.

The bills prohibit political signs and the solicitation of students and employees to become involved in political activity. Goodbye Teenage Republicans and Democrats, because we don't need to get young people involved in the political process anyway.

And no one has asked how this affects charter schools, which Moore and Snowden both tout as a form of public schools. Would they fall under this since they accept state funds? Didn't a group of charter students and faculty members come to the state capital during "normal operating hours" to lobby support for school choice? Moore was quoted as being very enthusiastic with these groups; would he be so if a local school in Rankin County bussed a fifth-grade class to the capital to push for more school funding?

The truth, and hypocrisy, of the matter is that this is about stifling speech that the Legislature disagrees with. The campaign to pass Initiative 42 was the most organized educators in Mississippi had been in 30 years. And legislators, who often forget they serve at the will of the voters and instead act as if they are members of the aristocracy, were taken aback when educators had the audacity to challenge their votes. Due to teachers' strikes 30 years ago, we now have legislation saying that educators taking part in an illegal strike are to be dismissed and may not be rehired by any public school district in the state unless a court finds the rehiring to be a "public necessity." This action had the intended effect, as teachers haven't even sniffed of another strike.

The Mississippi Association of Educators, then the largest teacher group in the state, has fallen from a position of power to near irrelevance. And the voice of educators has gone from a shout in the halls of the Capitol to little more than a whisper. And even that is too loud for some legislators.