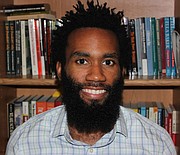 One man recounted his harrowing experience that included being tear gassed and terrorized by police in St. Petersburg, Fla., for doing nothing more than peacefully assembling to discuss an alleged murder by a St. Petersburg police officer. A young woman from the Mississippi Delta outlined how she and her classmates were exposed to the cruel reality of the school-to-prison pipeline while still in elementary school. A former detainee in the Raymond Detention Center described the medical torture and neglect he experienced from medical personnel and deputies during his detention.

On Jan. 22-24, the United Nations Working Group of Experts on People of African Descent visited Jackson as one leg of its five-city visit in the United States. Jackson was the only southern city the working group visited to collect facts about how people of African descent in the country are faring.

The U.N. visit attracted people from throughout the southern region from places as close as New Orleans, La., and as "up south" as Washington, D.C.

While in Jackson, the group heard a full day of testimony that provided in-depth insights into the types of de facto human-rights abuses that people of African descent face. Testimony covered a broad range of topics including education, gender/identity discrimination, the criminal punishment system, housing and environmental justice. The common theme of all the testimony was that human-rights abuses take away the people's ability to live dignified and fully productive lives.

The working group's visit to Jackson was of historic significance because many people don't get the opportunity to talk to a domestic body regarding the civil-rights abuses they experience, let alone an international body. However, people of African descent in the United States have a long history of using the international human-rights forum to address domestic grievances. Ida B. Wells, Malcolm X and Paul Robeson were individuals who addressed problems facing people of African descent within the human-rights framework before international bodies.

The group's visit was also substantive. On Jan. 29, the working group issued a statement outlining its preliminary findings. It stated, "The colonial history, the legacy of enslavement, racial subordination and segregation, racial terrorism, and racial inequality in the U.S. remains a serious challenge as there has been no real commitment to reparations and to truth and reconciliation for people of African descent."

Additionally, the working group outlined the issue of mass incarceration, extrajudicial killing, economic oppression, invasive surveillance, and the memorializing of racist individuals (such as the Ross Barnett Reservoir) and symbols of oppression by government. The working group also mentioned how it was unable to visit Parchman penitentiary because of the Mississippi Department of Correction's unwillingness to comply with established U.N. protocols that require transparency and openness. The working group will issue a full report of its findings in September 2016.

The group's preliminary findings, many of which outline issues directly discussed in Jackson, exposed the level of human-rights abuses going on in the U.S. that many times fly under the radar. Just last week, Attorney General Jim Hood vowed he would ask lawmakers to approve archaic, inhumane and arguably unconstitutional methods—such as firing squads—to carry out the death penalty if the current methods are deemed unconstitutional. Hood, a Democrat, has committed himself to such an asinine and inhumane mission at a time when many states are placing moratoriums on the death penalty or are outlawing it altogether.

People like Hood and Gov. Phil Bryant would like for the world to believe that Mississippi is cleaning up its house, but those who experience the degradation and outright terror of living in a state that is dead last in every positive social indicator know better than that. The rest of the world needs to know as well.

The working group's visit is a first step in shedding light on the human-rights crisis that is Mississippi. Those who are concerned with the state of human rights in Jackson and the state of Mississippi must commit to building a powerful people-centered human-rights movement that ensures everyone's human rights will be respected, protected and fulfilled. All who are interested in making human rights a reality in Mississippi are invited to work with the Jackson Human Rights Institute, the primary host of the United Nations Working Group of Experts on People of African Descent.

Read more about the U.N. Working Group's effort at ushrnetwork.org. Adofo Minka is husband, father and criminal defense attorney in Hinds County. He is a member of the National Conference of Black Lawyers and works with the Jackson Human Rights Institute. He lives in the Cooperative Community of New West Jackson.