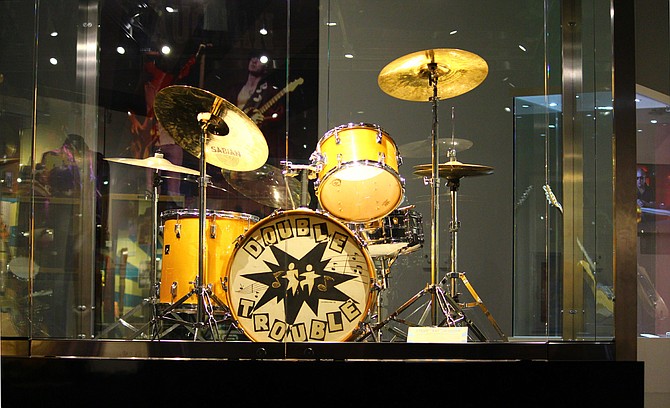 Although Vaughan died in a tragic helicopter crash on Aug. 27, 1990, his legacy continued on. Now, many musicians and music fans consider him one of the most influential guitarists in history and credit him as a factor in igniting a blues revival in the 1980s. His complex guitar playing drew inspiration from bluesmen such as Albert King, Buddy Guy and Albert Collins; rock 'n' roll guitarists such as Jimi Hendrix and Lonnie Mack; and jazz guitarists such as Kenny Burrell and Wes Montgomery.

"It is such a personal exhibit," Emily Havens, the museum's executive director, says. "Ninety-five percent of the artifacts are from the family."

Jimmie Vaughan, Stevie's brother, serves as a guest curator of the exhibit. The exhibit will feature some of Vaughan's guitars, including his "Number One" Fender Stratocaster, as well as personal photographs, handwritten lyrics, original concert posters and other tour memorabilia, and many others related items.