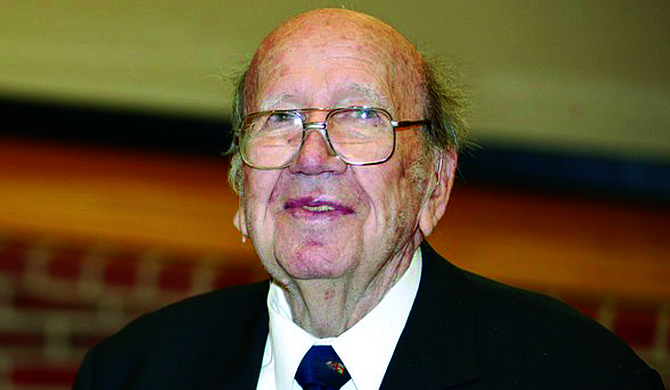 The William F. Winter Institute for Racial Reconciliation is hosting a ceremony to dedicate the Paris Yates Chapel plaza on the University of Mississippi campus in honor of civil-rights activist Rev. Will D. Campbell today. Campbell, who served as the university's director of religious life from 1954 to 1956, died in June 2013 at age 88.

Campbell was one of the few white clerics with an extensive field record as a civil-rights activist during the 1960s. Born in Amite County, he attended Louisiana College before enlisting in the Army in 1942 and serving as a combat medic in the South Pacific in World War II. After the war, he attended Wake Forest College in North Carolina, where he earned a bachelor's degree in English in 1950. He also attended Tulane University for a year before enrolling at Yale Divinity School, where he graduated in 1952. Campbell served as a pastor at a small Baptist church in Taylor, La., from 1952 to 1954 before accepting his position at the University of Mississippi.

As a vocal supporter of integration with strong beliefs regarding the contradictions of Christian life in the segregated South, Campbell began receiving threats against his life after only two years at UM and left to dedicate himself entirely to the Civil Rights Movement. In 1956, Campbell joined the National Council of Churches, where he served as a race-relations troubleshooter until 1963. During that time, he also counseled and accompanied Freedom Riders from the Congress of Racial Equality and the Student Nonviolent Coordinating Committee, who worked to integrate interstate bus travel and suffered beatings from white mobs in Anniston, Birmingham and Montgomery, Ala.

Campbell was the only white person Rev. Dr. Martin Luther King Jr. invited to the founding of the Southern Christian Leadership Conference at Ebenezer Baptist Church in Atlanta in 1957. In 1963, he joined King's campaign of boycotts, sit-ins and marches in Birmingham, one of America's most segregated cities.

Later in the 1960s, Campbell appealed to Christian churches in the South to end segregation in their own ranks and actively fight discrimination, accusing southern Protestant churches in particular of being silent about bigotry. When his efforts failed, Campbell abandoned organized religion but not his faith. Believing that "Jesus died for the bigots, as well," Campbell also ministered to members of the Ku Klux Klan and visited James Earl Ray, King's killer, in prison.

"When I got to be old enough to understand it, I was extremely proud of the social justice frontiers my father took on," his son, Webb Campbell, told the Jackson Free Press. "It went beyond civil rights and into human rights. Growing up, I would often see my father in the company of country music singers, presidents and other famous people, but the majority of people who my father spent his time with were the non-famous and even the infamous, people who came because they thought he had something great to offer, and he did. He believed that all folk were to be treated equally in a way unlike anyone else I've ever known."