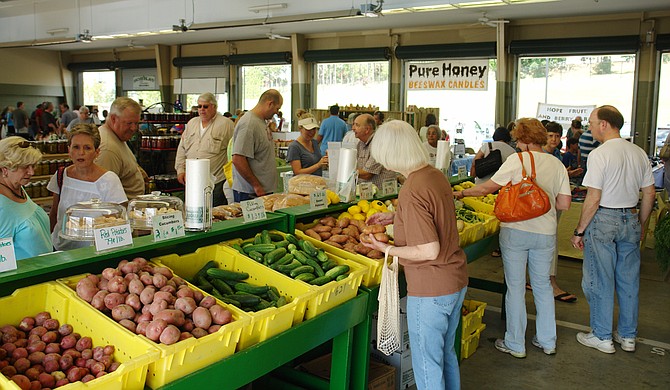 When it comes to health, huge disparities exist between whites and nonwhites, men and women, and rich and poor in Mississippi.

The Mississippi State Department of Health's annual report on health disparities and inequalities highlights these in its latest report.

African Americans, who make up 37 percent of Mississippi's population, have the highest mortality rate due to heart disease, hypertension, stroke, diabetes, renal disease, HIV/AIDS, cancer, unintentional mortality and homicide. Blacks also have the highest infant mortality rate, a higher prevalence of childhood asthma, teen pregnancy and were the least likely group to have health insurance, the report found.

Whites, by contrast, are more likely to have coronary heart disease and high cholesterol and had the highest mortality rate due to unintentional injury and suicide. Women had higher rates of obesity and asthma than men.

Beneta Burt, the executive director of the Mississippi Roadmap to Health Equity, believes the causes for these disparities are manifold, ranging from structural racism and socioeconomic conditions to bad urban planning and poor diet.

"Some of it has to do with people not having the opportunity or time to get healthy. If a person works all day and goes to another job at night, they don't have time to think about wellness and health," Burt said.

In addition, the city's plan makes healthy lifestyles difficult. Large areas of the city lack sidewalks, so fewer people walk, and parents don't send their children outdoors to play. The MSDH report also looked at prevalence of exercise. Among the groups studied, Hispanics had the lowest reported prevalence of exercise.

"A lot of people aren't aware of how the environment affects that their health," said Terricha Phillips, communications manager for My Brother's Keeper Inc. "When you think of the community you grew up in, if your community had safe places to walk, you could play in a park. If you have to walk in the street, it's a safety issue."

My Brother's Keeper was founded to help combat HIV but has expanded its work to eliminate other health disparities in underserved communities. It is participating in a five-year $1.75-million program to test high-risk people for HIV, support ongoing treatment and care and distribute condoms.

The need for public education on health insurance and healthy eating go hand in hand. For example, Burt said, while Mississippi disproportionately suffers from hunger, the Women, Infant and Children program remains under-used.

However, farmers market accepts SNAP cards and, contrary to popular belief, the fresh produce sold at these markets is not necessarily more expensive than you would find at the grocery store.

"There are so many young mothers who don't cook and access too much fast food and don't consider the nutritional value," Burt said.

Still, she sees the food culture changing for the better with some schools switching to combi ovens, which cook foods crispier and negate the need for deep fryers. Also, more restaurants offer healthier dishes and promote local foods, and schools and neighborhoods are starting vegetable gardens.

"A kid who grows a vegetable will eat it," Burt said.

Laurie Roberts, president of Mississippi NOW and board president of the Mississippi Reproductive Freedom Fund, notes that despite the MSDH report's breakdown by race, gender and income, many of the state's health problems overlap.

For example, a woman's health problems can affect the kinds of birth control she is prescribed, and where a woman lives in the state, especially if she's on Medicaid, can limit her access to an OB/GYN.

"Some of these things are directly caused by policies of the state," said Roberts, who believes expansion of Medicaid under the Affordable Care Act will cover approximately 130,000 people who fall in the so-called coverage gap between traditional Medicaid and the health-care marketplace.

"We have a health infrastructure problem. It's not just racism issues. It's not just sexism issues. All these issues compound, intersectionally," she said. "It's not a mystery why we have the outcomes we have."