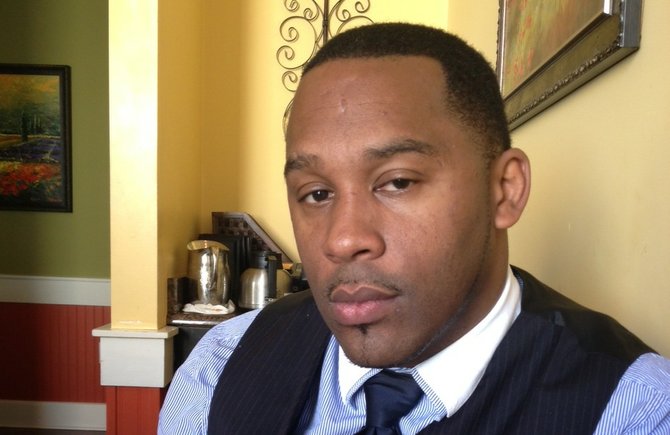 In 2011, the Centers for Disease Control reported that, out of all 50 states and the District of Columbia, Mississippi had the seventh-highest rate of HIV cases, with more than 10,000 people living with the disease. In 2012, Mississippi reported 547 new cases and, of these, the majority makeup was 78 percent males, 75 percent African Americans and 43 percent between the ages of 25-44. About half of those affected receive adequate medical treatment.

Gerald Gibson wants to change the stigma surrounding HIV and AIDS. He is the coordinator of community-based outreach and testing for My Brother's Keeper, a nonprofit designed to further the health and wellbeing of minority communities.

Gibson has a bachelor's degree in criminal justice from Alcorn State University and a master's degree in sociology. He heard about My Brother's Keeper through Dr. Mark Colomb, the late founder and CEO of the nonprofit, while in graduate school.

"We got to talking about that, and I was like, 'This is really interesting, something I would really love to do,' and after us discussing it, he just brought me on," Gibson says.

Gibson has been working with the organization as the coordinator of community-based outreach and testing for seven years. Much of his job consists of informing the public on HIV and AIDS testing, and how to have safer sex. He also coordinates MBK's "d-up Intervention," a program for LGBT African American men about safer sex practices and self-esteem issues.

"... We are in the Bible belt," Gibson says. "We have been taught to hate yourself if you are not normal, but my question is, 'What is normal?' Normal is being who you are, who you were born to be, in my opinion."

A new campaign Gibson and some of the other staff at MBK have been working on is the Capital City Pledge to Test. It's a social media campaign that asks people to pledge to get tested on social networks such as Facebook, Instagram and Vine, and urge friends and followers to do the same.

"We're trying to make it a routine for people to get tested, but there's so much stigma involved around getting tested that people are scared to," Gibson says. "It seeks to get everyone to just think of an HIV test as another routine healthcare task."

Gibson sees the social media campaign as one of the best ways to reach the most people in the shortest amount of time.

"Most of the time, when a person sees a post on your page, they're going to read it, your friends or whoever is following you on Facebook (or) other social media," Gibson says. " ... We know (that) as a society today, that's what everyone is doing. They're using social media. They check that as soon as they wake up. They check it before they go to sleep. Social media is how you can reach a mass amount of individuals in a very short period of time, with a high response. You add it on your page and your friends see it, and you also suggest that they do it as well. You get more and more people." For more information on Capital City Pledge to Test, visit the campaign's website.