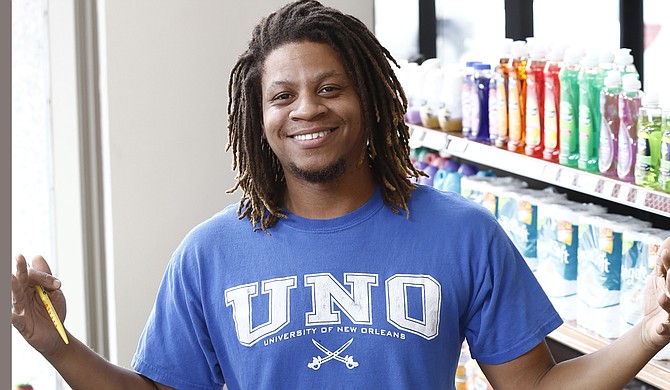 Flowood R/C Indoor Park, the only city-owned indoor off road remote control race track in the U.S., is hosting its annual Bring the Heat event Sunday, Sept. 13. Bring the Heat is Flowood R/C's biggest racing event of the year, bringing in participants from all over the country to compete in one of 11 classes of race, with ages of participants ranging from 10 to 70. Flowood R/C manager Bubba Barham says more than 300 people have registered to compete so far.

"We even get pro racers flying into Mississippi to compete in this event who get paid thousands of dollars through corporate sponsorships just like NASCAR drivers," Barham said.

The Sunday event is free for spectators. Participant slots are still open, and registration to participate is $60. Register online at www.flowoodrc.com or call 601-939-5048. All spectators will receive a ticket for a drawing Sunday afternoon at 4 p.m. to win an electric short course truck donated by Hobby Town USA in Flowood. Big Dog Catering is providing hamburgers, hotdogs, wraps and more on race day.

Barham opened Flowood R/C Dec. 1, 2010. Barham, 69, first got into R/C racing 12 years after hearing a group of enthusiasts discussing it at a hobby shop. He and a group of friends started a club called Track Seekers R/C Club in an office building Barham owned on Flowood Drive, but it was eventually shut down due to zoning issues. Afterward, Barham convinced city officials to let him set up Flowood R/C inside a former gymnastics building.

In addition to special event races, Flowood R/C hosts kids birthday parties and adult events on Sunday afternoons and Tuesday and Wednesday nights. The track is open to the public Monday, Thursday and Friday from noon until 9 p.m. and Saturday from 10 a.m. to 9 p.m. For information visit www.flowoodrc.com, call 601-939-5048 or visit Flowood R/C's Facebook page.

Revolution's Corner, a bodega operating in the space that formerly housed Adobo at the corner of Pearl and Roach streets in the Standard Life Building, is a 1,750-square-foot store with typical convenience-store staples such as eggs, milk and toiletries, as well as beer. Co-owner Abraham Santa Cruz, who moved to Jackson from New Orleans five years ago and lives in Fondren, also plans to sell hot foods such as pizza and, later, to host game nights and other events.

Santa Cruz told the Jackson Free Press that he and his partners wanted to seize on what he calls "the energy factor" in downtown right now.

"People respond to energy. Once they see the energy, they'll shop a little later, drink a little later. We're hoping to capitalize on that energy," said Santa Cruz, who also co-owns Massage Revolution in Regions Plaza in downtown Jackson.

Revolution's Corner is open daily from 7 a.m. to 10 p.m., Monday through Thursday. On Fridays and Saturdays, the bodega will remain open until midnight. On Sundays, the operating hours are 11 a.m. to 7 p.m.

The 280,000 square-foot, 425 person facility houses the design, engineering and manufacturing activities for Siemens' entire chain of high-voltage equipment, including power circuit breakers, voltage regulators, and large distribution transformers. The plant, which has been in operation for over 40 years, delivers technologies for projects across the U.S. and globally.

CORRECTION: In the original version of the Revolution's Corner blurb, the title of the article said that the bodega is in Fondren. It's actually downtown. The Jackson Free Press apologizes for this error.