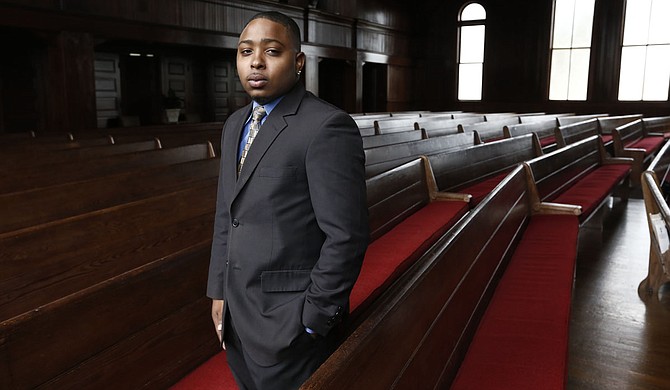 Growing up on the south side of Chicago, Andre Carter always had a fascination with comic books and superheroes, but he often found himself wondering why none of the heroes he read about ever looked like him or the people he knew.

"There just didn't seem to be any African American superheroes," Carter says. "My nephew, Jeremiah, also loves superheroes, and he always wants to be Superman, Batman and characters like that who, cool as they are, just don't seem like real people. I ended up thinking about that, and I decided that I'd just make my own superheroes instead."

Carter, a 23-year-old senior at Tougaloo College who has been living in Jackson for five years, decided to use his senior project for his mass communications class in November 2014 to bring his idea to life in a short film series titled "Unlikely Heroes." He based the story and characters of it on people he knew and situations he dealt with growing up in his neighborhood. Carter plays the main character, Aiden, a young, anger-ridden alcoholic who took up drinking after his brother, Kindle, died attempting to deal with the main villain of the story, a ruthless drug dealer named Zachariah.

Aiden inherited his brother's fire-based powers after his death but lacks the power to control them. He directs his anger toward a group of other superheroes his brother had been in, who Aiden blames for getting Kindle killed when the group attempted to take on Zachariah and his enforcers.

The show's first season, titled "Narcotic Revelations," begins with an encounter between Aiden and Tarron (played by Noah Haille), a more laid-back character with lightning-based powers who was Kindle's best friend. He tries to reach out to Aiden to convince him to stop drinking and continue the fight Kindle's group started, which leads to a violent confrontation between the two.

Instead of typical superhero names and "some kind of fairytale back stories," he decided to give his characters regular names and backgrounds, and have them deal with the kinds of problems that real kids often deal with.

"They fight the villains of the city—the people we see every day. They don't fight guys trying to take over the world. They fight drug dealers dealing to kids; they talk to and inspire the girl who's depressed; they talk to kids who are being bullied."

Carter hopes the characters of "Unlikely Heroes" can serve as role models to kids growing up in rough circumstances. "These characters are figures who can give those kids hope," he says. "I want this to be a good thing to give to kids who grew up in neighborhoods like mine."

The first season of "Unlikely Heroes" is halfway through filming. Carter plans to release episodes biweekly on his YouTube channel, RecklessMindzTv.