Stinker Quote of the Week: 'Judgement' 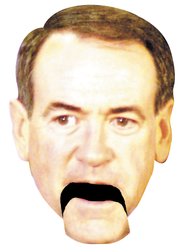 "Good people make mistakes and do regrettable and even disgusting things. The reason that the law protects disclosure of many actions on the part of a minor is that the society has traditionally understood something that today's blood-thirsty media does not understand—that being a minor means that one's judgment is not mature."

Why It Stinks: Huckabee showed no such compassion for Mike Brown, a black teen Huckabee said was killed for behaving like a thug. As reasons for his critique, Huckabee cited video footage purportedly of Brown pushing a store owner, which even if true could fall into the same category of youthful indiscretion as Duggar's alleged molestation of young girls. Of course, Huckabee is absolutely right about the lack of maturity in young people's decision-making. It's just hard to reconcile his compassion for Duggar with his rebuke of Brown. And it is impossible, given that Huckabee is again running for president, to ignore the hypocrisy of a man who wants to be the nation's chief enforcer of laws.