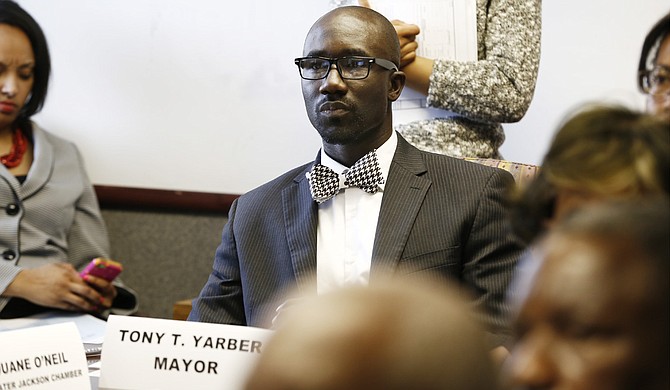 Mayor Tony Yarber's administration and consultants have developed a plan for the $13 million in funds the commission in charge of Jackson's special sales tax plan approved for use in repairing streets and bridges and addressing flooding and drainage issues around town. Photo by Imani Khayyam.

The money will be used to repair streets and bridges and to address flooding and drainage issues around town. In the first year, only cash from the sales tax will be used on projects. The next phase of the plan could include borrowing, officials said.

Last year, citizens approved the addition of a 1-percent sales tax on certain goods in Jackson, to help pay for infrastructure upgrades.

The death of Mayor Chokwe Lumumba slowed the process, but the 10-member committee has been meeting for the past several months as Mayor Tony Yarber's administration and consultants have developed a plan for the funds.

Still, questions linger about the purpose of the commission—whether the body exists to approve a plan or oversee the expenditure of proceeds.

Pete Perry, an appointee of Gov. Phil Bryant, said he wanted to see a more complete plan for the City's infrastructure before voting. At the last commission meeting, Perry submitted a list of questions, the tone of which Kishia Powell, the City's public-works director called "demeaning."

"You don't get a complete list. You need to run for council," Yarber snapped at Perry. The Jackson City Council will have to sign off on expenditures.

Commission members questioned a line item for maintenance on County Line Road, which Jackson maintains with the city of Ridgeland, because the street appears to be in good shape. Public-works officials said because of the high traffic volume, it would be cheaper to spend money on preventative maintenance now instead of later when the street is in worse condition.

Perry was the only member of the commission to vote against the year-one plan.