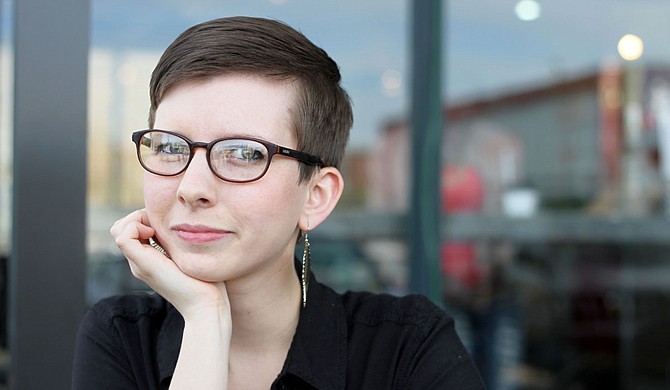 Olivia Coté, a 9th grade English teacher at Murrah High School, grew up watching her mother, Anne Karges, hard at work at her craft. Karges, a pre-kindergarten teacher at Johnson Elementary where she has taught for more than 10 years, showed her daughter the importance of educators, in and out of the classroom.

The 25-year-old Jackson native graduated from Murrah High School in 2008. She went on to major in secondary English education at Holmes Community College in Ridgeland and at Mississippi College in Clinton, where she received a bachelor's degree in the subject in May 2014. After graduating, she applied to teach in Jackson, specifically at Murrah. She began teaching there in August 2014.

In January, Coté co-founded a community organization called Books for Incarcerated Mississippians along with Shelby Parsons of Rainbow National Grocery; Kelli Gann, a 3rd-grade teacher at Spann Elementary; and Hannah Lipking, a graphic designer for the Ramey Agency. The organization's goal is to provide books to Mississippi's adult prisons and to juveniles in alternative schools and juvenile jails.

"We're still in the early planning stages and have been meeting once a week since early February," Coté says.

"We started this after the Prison Books Collective, another prison book group that distributes nationwide, announced that they no longer had the resources to send books to Mississippi and wanted someone to start a Mississippi-based group in their place.

Coté likes to push back on negativity about Jackson Public Schools and its students. She believes the community simply does not talk about the good things about JPS as much as the bad things.

"The kids are all so funny, bright and smart, and it's an honor to get to know them," Coté says. "As for the parents, they're doing a lot to help their kids and the schools."

Coté says that the best thing JPS parents can do to help their children succeed in school is to stay in contact with teachers. "It's not the parents' fault that they can't always talk to teachers directly," she says. "But taking the time to email or text (with teachers) to see what the children are working on or what they need to be working on at home makes a world of difference. Just take a few minutes whenever you can to stay in touch and be involved."

Coté's advice to any up-and-coming teachers is to take the time to get to know each of their students, even if it takes away somewhat from instructional time.

"It's important to approach each kid differently, because kids are different," Coté says. "... Sometimes people joke and say stuff like 'I feel bad for you,' (for how much trouble you go through) but I'd say you don't have to feel bad for me, because I really love my job, and I love what I'm doing."