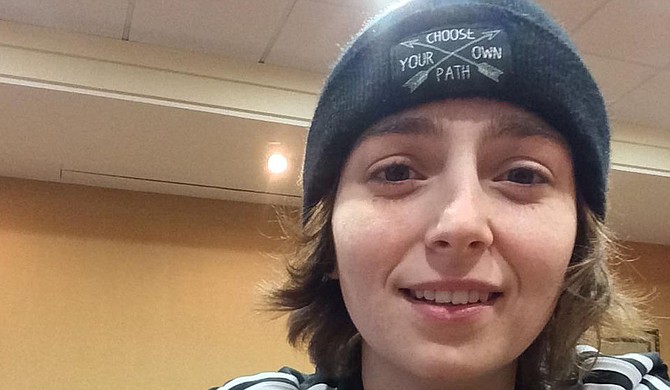 When a Magnolia Junior High School teacher conducted a math exercise by dividing the classroom into two teams based on gender, Destin Holmes was forced to sit in the middle of the room. This, according to the teacher, was because the teenage girl was "an in-between it."

"I wasn't on a team," Holmes told the Jackson Free Press about her experience in the Moss Point School District.

Holmes shops in the boys' section of clothing stores, and much of the harassment she has faced has been a result of her gender-nonconforming appearance. "I was called a wannabe dyke; a wannabe boy; a lesbian; a freak; an alien; a he-she. Nobody wants to go through that," Holmes said.

As Holmes' experience illustrates, not only students engage in anti-LGBT bullying. After the Southern Poverty Law Center sued Moss Point School District in December 2013 for the anti-LGBT harassment Holmes faced, the district settled in February and agreed to develop and implement anti-discriminatory policies.

"We hope that through the reformed policies and procedures and practices in handling complaints of bullying and harassment that there's just a more inclusive environment that's fostered and promoted," SPLC staff attorney Anjali Nair said.

Nair also said she hopes the policy changes will create "a model, now, for other school districts in the state and across the South."

Holmes' story also illustrates an across-the-state need for support groups and safe spaces within the LGBT community, which is why Natalie Offiah, community organizer for the Mississippi Safe Schools Coalition, is helping organize a Gay-Straight Alliance for the Jackson metropolitan area that is not school-affiliated.

Holmes left Magnolia Junior High in 2012 to be homeschooled because of the pervasive bullying she encountered. The then principal of the school, Durand Payton, is noted in the SPLC lawsuit as saying, "I don't want a dyke in this school." Payton, who is now the director of the vocational department at Moss Point High School, did not return calls for comment by press time.

Offiah said it is not uncommon for LGBT students to leave the public schools and that school faculty actually target them for harsher discipline and suspension.

The GSA Network and Crossroads Collaborative conducted a study in October 2014 that found gender-nonconforming students were subjected to "harsh and disparate discipline from school staff" and "relatively higher levels of policing and surveillance."

The Rankin County School District recently pushed back on Brandon High School students who tried to create a GSA at their school. After the students requested permission for the new club, the school board changed the district's school club policy to require that students obtain a parent's signature to create or join a club.

Offiah said the school district's decision lit a fire in members of the Mississippi Safe Schools Coalition to form the community GSA. During the controversy, Rankin administrators demonstrated a lack of understanding of GSAs, claiming that the club might violate abstinence-only policies, which is why Offiah believes it's important to create a place for LGBT students to feel safe, despite a school's attempt to hinder students from doing so.

"It's about students who are like-minded coming together to celebrate diversity," Offiah said.

MSSC wants the community GSA, which will often meet in libraries and other public spaces, to be a youth-led organization. "We're definitely going to leave it to the youth who come to the meeting to lead the organization," Offiah said.

Meanwhile, the Human Rights Campaign is working to get businesses to support the LGBT community with a program called "Equality is Our Business." The campaign, which encourages business owners to sign a pledge saying they believe in equality for all people, will build on the work already done by Mississippi business owners Joce Pritchett, Eddie Outlaw and Mitchell Moore in the "If You're Buying" campaign.

The campaign originally began in response to a bill that the Legislature passed and Gov. Phil Bryant signed, Senate Bill 2618, or the Religious Freedom Restoration Act. Supporters of the bill argued that the law protects the First Amendment as outlined in the U.S. Constitution, but opponents say it is designed to legalize discrimination based on sexual orientation.

The RFRA controversy erupted in Mississippi after a number of nationwide cases in which LGBT couples took legal action against florists, photographers and bakers for refusing to extend services to LGBT couples for their weddings.

Now, HRC is creating social networking and educational programs to help companies learn why equality is good for business. "We offer training events on how to be a more inclusive workplace, not just for your employees but also for your customers or your clients," HRC Mississippi Director Rob Hill said.

Hill said creating real change will take engaging the state's economic base and also its churches, which is why the HRC also began the "All God's Children" campaign to bridge people of faith with LGBT causes earlier this year.

He hopes these efforts will "speak to the people who make the laws in our state."

Eventually, the HRC would like to see state laws that protect LGBT people from getting fired or facing housing discrimination based on their sexual orientation. Though the United States is moving closer to making marriage equality the law of the land, Hill said, "we've got to educate people that the work is not done."

An LGBT couple "could get married on Saturday and on Monday morning lose their jobs," Hill said.