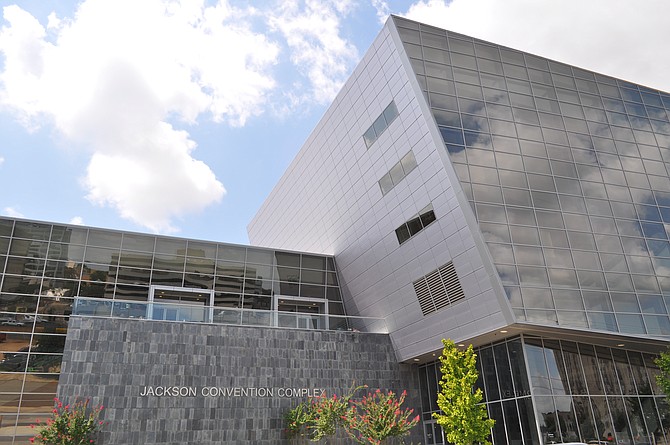 The publishers and editors of ConventionSouth, a national multimedia resource for planning events in the South, recently presented the Jackson Convention Complex with a 2014 Readers' Choice Award. Photo by Trip Burns.

An earlier version of this story listed an event called Platinum Success Program. That event has been altered into 2 separate events scheduled for different times. Visit TheSuccessHouse.CO for details.

The Elton John AIDS Foundation will renew its financial support for building access to HIV health services through a program based out of the University of Mississippi Medical Center.

In an award letter to UMMC officials, the foundation stated that one of its driving reasons for allocating additional funds to the area was based on the alarmingly high rates of HIV diagnoses in Mississippi and lack of education on the topic.

The foundation informed Dr. Leandro Mena, associate professor of medicine in UMMC's Division of Infectious Diseases, of its decision to fund his work with young African American males. The grant award marks the second consecutive year Mena has won support for his vision of eliminating HIV in Mississippi.

"Young African American men who have sex with men are one of the most disproportionate groups impacted by HIV in the United States," Mena said in a release. In addition to teaching at UMMC, he serves as the director of the Center for HIV/AIDS Research Education and Policy at the Myrlie Evers-Williams Institute for the Elimination of Health Disparities.

African American men age 14 to 24 in Mississippi experienced the largest increase in HIV rates from 2006-2011 when compared with any other group, he added.

The $60,000 grant will go toward improving access to culturally and clinically competent health services across the state, specifically toward HIV-preventive services for Mississippians who are most at risk.

During the last several years, Jackson has been ranked among the top 10 metropolitan areas for HIV infections. For men ages 14 to 24, Jackson has ranked No. 2 in HIV rates, second only to Memphis .

"HIV disproportionately affects African Americans in Mississippi, where 75 percent of new HIV cases are among this population," Mena said. "We want to make sure (that) those who need HIV prevention and care services can have access to them regardless of where they live."

"The value in receiving this prestigious recognition is that it comes from the United States' top meeting professionals who hold events in the South," ConventionSouth Publisher J. Talty O'Connor said in a release. "These planners demand the highest level of customer service and quality facilities, and they have contributed in determining that Jackson Convention Complex indeed displays the commitment to professionalism, creativity and service that they require."

Throughout the year, meeting professionals nominate the sites they believe provide exemplary service for group events. ConventionSouth compiles the nominated sites onto an online ballot where professionals and fans vote for the best of the best.

Jackson Convention Complex is among 175 convention and visitor bureaus, meeting facilities and hotels located across the South to receive this year's Readers' Choice Award. For a complete list of award winners, visit ConventionSouth's website.

Economist Darrin Webb told state legislators during a briefing at the Capitol last week that Mississippi's economy is growing but still lags behind regional and national recovery from the Great Recession. He said that plummeting gasoline prices are especially helpful to consumers in low-income states like Mississippi, the Associated Press reported.

Webb said that the number of unemployment claims in the state decreased during 2014, and people with manufacturing jobs in Mississippi were working more hours per week. He said that state economists expect Mississippi's gross domestic product to increase 2.4 percent this year, up from 1.3 percent in 2014.

However, Mississippi ranked ninth worst nationally for growth in non-farm employment from 2013 to 2014. The state had the fifth-worst salary growth nationally during the first nine months of those two years. Webb said that state tax collections exceeded expectations for the first half of the current budget year, which ends June 30, and that there's reason to believe that will continue.