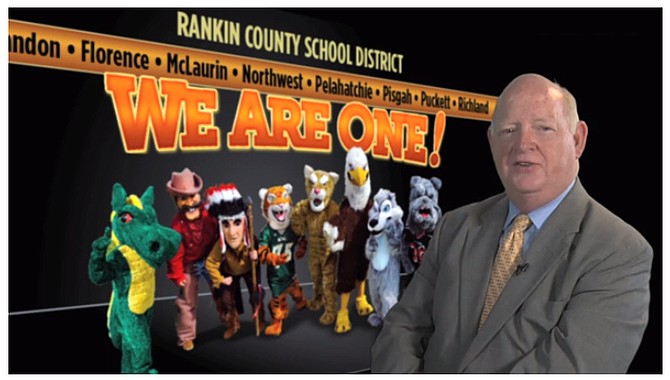 "People are talking about the protest.  They think there's only going to be 5 people there. They have no clue what's coming."

That was the Facebook message a Brandon High School student had for her classmates this morning just after 8 a.m.

Despite fervent backlash from detractors, a demonstration against what LGBT activists call discrimination against a group of students who wanted to create a Gay-Straight Alliance at the school will continue as planned. The protest will take place at 3:30 p.m. at the Rankin County School District headquarters at 223 Tamberline St. in Brandon.

Instead of rejecting the students' request to form the group, Rankin County School District Superintendent Lynn Weathersby took a more nuanced approach. He introduced a new requirement for students attempting to form or join a club: a parent's signature.

For students looking to form the GSA, the motive was clear. Brandon High School 10th grader Michelle Brown said the new rule would make it near impossible for some students to participate in the club—regardless of their orientation.

"Going day after day—like, I'm straight but I have a lot of gay friends—they go through a lot of stuff," Brown said.

Brown said she thinks the requirement specifically targets the GSA. "It wasn't put in place until we tried to have our club," Brown said.

"Based on federal law, this is discriminatory in nature. Please join us in protesting an unlawful and bigoted change to their policy," the Facebook page reads.

Officials with the American Civil Liberties Union of Mississippi agree. In a letter to Weathersby, the group's legal director Charles Irvin writes: "School officials should not silence these student-initiated debates and discussions, as long as they do not involve targeted harassment of an individual student or group of students. Silencing ideas in a non-curricular setting because some people don't like them is not only incompatible with the educational values of open inquiry and wide-ranging debate that are central to our free political system—it is against the law."

The reaction to attempts to create a Gay-Straight Alliance, which included students using slurs directed at the LGBT community, illustrates the need for groups like these, Brown says. The Brandon protest takes place against a backdrop of prominent LGBT issues unfolding nationally as well as in Mississippi.

Last week, a message scrawled on the facade of the structure on West Capitol Street near Poindexter Park put some members of the LGBT community on edge.

Rob Hill, the state director of the Human Rights Campaign of Mississippi, said a friend alerted him of the graffiti.

"It's a scary thing to have any kind of hate speech, but especially when it references killing or harming somebody in the community of which I am a part," Hill, who is gay, told the Jackson Free Press.

It was the same day that the nation's highest court ended speculation about whether it would hear a same-sex marriage court before the current term ends this summer.

"It's clear that no valid legal arguments exist to uphold bans on same-sex marriage. For that reason we are confident that the U.S. Supreme Court will affirm that same-sex couples have a fundamental right to marry under the U.S. Constitution," said Rev. Jasmine Beach-Ferrara, the executive director of the Campaign for Southern Equality, in a press release.

Four months earlier, similar messages were discovered in downtown Jackson's Smith Park. Hill could not speculate on whether the two incidents are related, but said the handwriting in each appears similar.

Unlike the Smith Park vandalism, in which phrases such as "Say no to gay marriage. Kill them gays" were chalked on sidewalks, the defacement on Capitol Street used spray paint.

"I think that we're a whole lot better than this in Mississippi. This message doesn't echo what most Mississippians feel, but it's an obvious sign that we've got a whole lot of work to do in educating people about who LGBT people are," Hill said as school buses whizzed down the one-way street. He added that such messages are psychologically harmful to local citizens, including LGBT children and young people.

Brown understands the sentiment of Hill's concern all too well.

"Going day after day ... (LGBT students) go through a lot of stuff," Brown said. "They're stuck in the shadows, and they need to (be able to) come out."