We Must Finish King’s Work 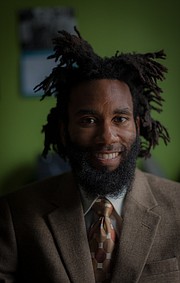 As the Martin Luther King Jr. holiday approaches, we must take time to reflect on King's life and work.

Unfortunately, many have reduced King to a mere dreamer and tried to remove the work he was doing at the end of his life from all mainstream discussions about his life. By the end of his life, he had transformed into a revolutionary human-rights advocate who called for a radical restructuring of American society and abolition of its most evil systems: capitalism, imperialism and racism.

More of us should know this King. Dr. King's legacy has been hi-jacked, misappropriated and distorted. The re-branding of King as a mere dreamer allowed capitalistic and exploitative institutions to repackage his message, making it ripe for commercial consumption.

King would condemn many of the institutions and people that "celebrate" King's life for their exploitative practices. King's work has been sanitized because his words and example serve as a guide to challenge many of the injustices we still face.

His work provides immeasurable guidance on the interconnectedness of what he referred to as "the triple evils of racism, materialism and militarism" and how to build a people-centered human-rights movement. King's Poor People's Campaign serves as a model on how such a movement can be built.

In Jackson, building such a movement is essential to overturning the existing power dynamics and addressing the social ills that afflict many working-class people.

On Jan. 19, many organizations and individuals will take to the many disenfranchised communities with great fervor and good intentions to engage in various community-service projects. Although no one should be criticized for undertaking good deeds, we must become reflective about the systemic impact that such work can have.

King was clear about these types of charitable acts. In his historic speech, "Why I Oppose the War in Vietnam," King referenced the parable of the Good Samaritan, noting that acts of charity were only a beginning. King stated that the true work of undergoing a "true revolution of values" could only take place when we begin to see that "[t]rue compassion consists of more than merely flinging a coin to a beggar. ... It comes to see that an edifice that produces beggars needs restructuring." King's admonition that we must change the exploitative nature still rings true.

Dr. King knew that a world free of war and greed was essential to building a society where people could develop to their full potential. Despite how unpopular it was, King took an uncompromising stance against the war in Vietnam, illustrating how America's economic system, racism and imperialism were intertwined and used to keep blacks and poor people alike disenfranchised, mis-educated and economically exploited.

He understood that the billions of dollars spent on military defense would drastically detract from important social programs and aid for America's poorest inhabitants. King's stance on the war was also about international solidarity with oppressed people. King asserted unapologetically that the North Vietnamese people had a right to self-determination and freedom on their own terms.

Today, America plunges itself into a perpetual state of war while politicians—so-called leaders—are silent on the war question. The average American is silent is still unaware of the detrimental affects of war both at home and abroad.

As citizens of the world community, we must use our voices to condemn war; if we abhor violence at home, our feelings must be reciprocal toward violence abroad.

King called America "the greatest purveyor of violence in the world." His critique is notable in light of the unfounded assertion that black people don't condemn violence in their own communities. Many of the same public figures who level this false claim are mum when it comes to addressing the violence of America abroad in the name of imperialism and advancing America's foreign interest.

We must push state, local, and national politicians to eschew state-sponsored violence and see the indirect connection between the violence we see everyday in inner cities and America's warmongering. Resources used on war must be used instead to build America's crumbling infrastructure and secure a future for our posterity. This King holiday let's take ownership of his legacy by resolving to take up the work that was left incomplete, shortened by his death. This means fighting vigorously against systems that exploit and destroy opportunities for human potential to blossom into reality.

Adofo Minka is a native of St. Louis, Mo., who moved to Jackson with his family two and a half years ago. He is a practicing criminal defense attorney and founding attorney of the Law Center for Human Rights and Justice. Minka is also a member of the Malcolm X Grassroots Movement and a founding member of Cooperation Jackson, an emerging network of worker-owned and democratically operated cooperative enterprises based in Jackson.