Stinker Quote of the Week: 'Change' 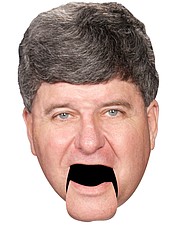 Why It Stinks: Everything stinks about this. First, the main reason for the ballot initiative is because public education in this state remains woefully underfunded despite several changes in the Legislature. Second, so much political and economic progress in Mississippi has only come through federal and state constitutional amendments. So clearly, Snowden doesn't even know his state's history. Besides, the way Snowden and the Republican leadership are trying to ram the alternative amendment through, it's clear that they're opposed to adequate school funding, no matter what the constitution says or the people want.