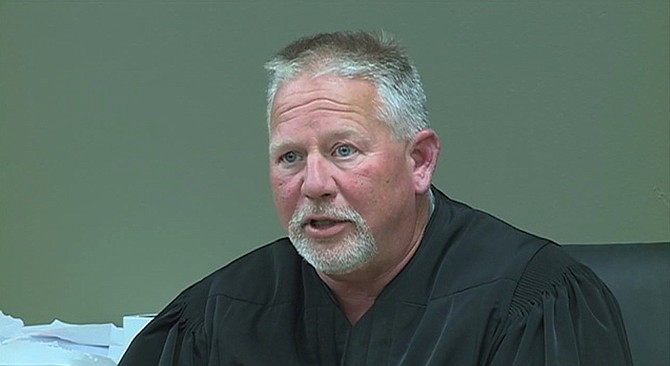 Weisenberger is accused of knocking down, slapping and kicking a mentally disabled young black man and yelling a racial slur: "Run, n*gger, run."

The incident occurred May 8, 2014 at the Canton Flea Market, where Weisenberger was working as a security guard and the 20-year-old victim, Eric Rivers, was allegedly asking to help vendors load and unload their vehicles for tips.

Today, Mississippi Attorney General Jim Hood announced the judge has been arrested for simple assault on a vulnerable person. Weisenberger turned himself in to the Madison County Sheriff’s Office Thursday.

The indictment accuses the defendant of striking the vulnerable person in the head . The assault is alleged to have occurred during a visit to The Canton Flea Market.

“The law does not discriminate, and the Grand Jury has given us our marching orders,” Hood said through a news release. “We look forward to presenting the facts of this case in court.”

The defendant was released on a $10,000 bond. If convicted, he faces up to five years behind bars. The charge against him is a felony.