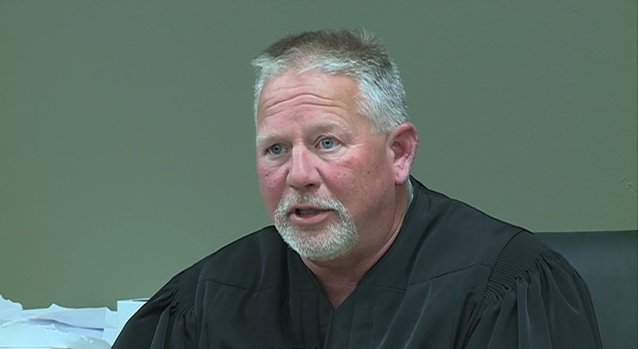 The incident occurred May 8 at the Canton Flea Market, where Weisenberger was working as a security guard and the 20-year-old victim, Eric Rivers, was allegedly asking to help vendors load and unload their vehicles for tips.

Former Canton Mayor William Truly, who is president of the Canton branch of the NAACP, told the Jackson Free Press that Weisenberger even went so far as to make a grab for his own gun holster and kick the young man while he was on the ground. Truly said the NAACP is also filing complaints with the U.S. Justice Department and the U.S. attorney general's office to investigate Weisenberger.

Rivers' family has filed a complaint with police against the judge, who is white.

Truly said the main reason the NAACP is choosing to take federal action against Weisenberger is because the situation possibly rises to the standard of a hate crime.

"When you preferentially choose, based on their ethnicity, to simply slap and kick and call them n*gger," Truly said, "that means that was in your heart—there was bitterness and hate for that person."

The NAACP is calling for Weisenberger to step down from his position until the case is resolved.

Truly said the major question many are asking now is how much racism might have colored Weisenberger's work within the justice system in the past.

"The problem with this case is that folks like Eric Rivers and others face Judge Weisenberger everyday in his court, and now you have to wonder how much racism is a component of his verdicts," Truly said.

The Clarion-Ledger reported that Tammy Westbrook of Tuscaloosa, Ala., a vendor at the flea market, witnessed Weisenberger "rear back and slap" Rivers twice, causing Rivers to run away as Weisenberger yelled, "Run, boy, run" and "run, n*gger, run."

Although no criminal charges have been filed as of yet, Truly said he hopes that people who may be knowledgeable of what happened will speak up; however, he says it is not indicative of Mississippians' nature as a whole.

"I hope that good and decent people will speak up and speak out because this is not who we are here in our state," Truly said. "I think we've made a lot of changes, and there are a lot of us, black and white, who condemn this type of action. This simply has to stop."

wow. all i can say right now.

I would encourage anyone who wants to understand the issue of "racism" in this country to read the article, The Case For Reparations, published in The Atlantic magazine, June 2014. Whites especially need to read it to be able to understand the "LIES" they were sold, bought and live by that allow this man to say and do what he did.
Black people need to read it for a better understanding of the strength of Black people in general and the knowledge that who we are as a people is NOT what has been represented for centuries. When we understand the circumstances of our existence we can throw off the historical stereotypes and honor our past and become the people we were destined to be. KNOWLEDGE IS POWER!!!!

I am just curious as to where were all the upstanding, moral, people that stand up for what is right, were at? Or is what happened indicative of what most people there felt in their hearts.

"Whites especially need to read it to be able to understand the "LIES" they were sold, bought and live by that allow this man to say and do what he did."

I'm not sure what "lies" you think we have been sold, bought, and live by that give this man the ability to say and do what he did. I have yet to see any support for his actions in this area by the white community.

I don't always agree with them, but I believe the NAACP is correct. He should not represent any more cases until the matter has been resolved.