Revving Up for the Big Fights 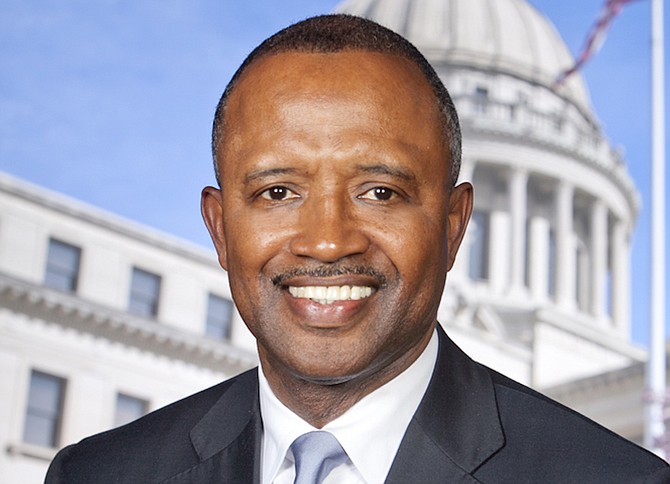 The Mississippi Legislature is preparing for the big fights that come later in the session, now that the Senate and House cleared most routine, non-controversial items off their calendars in this fifth week of the session. Always-controversial legislation to prohibit texting while driving caused much buzz. State leaders and lawmakers even fought with each other over "checks and balances" in state government.

"The lieutenant governor's office told all the chairmen, including me, that if there was anything that was slightly controversial, let's skip over it and just get to the non-controversial stuff first and get it off the calendar. And then starting this week ... we'll start picking up the controversial matters," Fillingane said.

Texting, using social media or emailing while driving would be illegal under a bill the House passed last week. Though legislators admit the law would be hard to regulate, the penalties include a $25 fine, which would increase to $100 in 2016.

A person is six times more likely to have a vehicle accident while texting than while drunk, the National Highway Traffic Safety Administration reports.

The Advocates for Highway and Auto Safety rated Mississippi as one of the nine worst states for highway safety laws.

One of Fillingane's constituents called him before the session with a disturbing story about how an angry ex-friend anonymously accused his or her family of child abuse. The Department of Human Services report prompted an investigation, which led to the state finding no legitimacy in the anonymous caller's claims.

Fillingane hopes to deter people who are "just trying to create problems, stress and aggravation," from making frivolous child-abuse reports with Senate Bill 2047, which passed the Senate Feb. 5.

Senate Bill 2047 would create criminal penalties for falsely reporting a crime that the person knows is not true, including a jail sentence up to one year and a $5,000 fine.

Calls to DHS will remain anonymous, "but a field record will be kept of who the reporter is," Fillingane said.

The standards for prosecution based on this law are high. "If they have any shred of credible evidence, they're completely in the clear," Fillingane said.

The state attorney general would have needed approval from the Outside Counsel Oversight Committee in certain lawsuits under a proposed bill that failed on the House floor 66-49 Feb. 4. The effort was another chapter in the long-running effort of state Republicans to curb the power of Attorney General Jim Hood, the state's only statewide elected Democrat, who has used outside counsel to bring successful lawsuits against defendants, including Kior and Lorillard Tobacco Company.

It was not without heated debate.

During the debate, Speaker Philip Gunn, R-Clinton, acted "like a schoolyard bully," Rep. Cecil Brown, D-Jackson, said when he tried to impose a new rule on legislators, limiting them from accessing staff attorneys to help write legal briefs.

"In an unprecedented move, Speaker Gunn made up another rule to prevent the people's business from being handled in a fair way," Rep. Bo Eaton, D-Taylorsville, stated in a press release.

"I'm a farmer. I know about the soil and the things that feed the families of my fellow Mississippians. When it comes to writing legal documents, well, that is the reason we have lawyers on staff."

The annual alcohol permit fee for restaurants and package stores that exceed $5,000 in sales could go down under a bill the Senate passed 34-8.

Kathy Waterbury, spokeswoman for the Department of Revenue, said the current cost of liquor sale permits are higher the more a restaurant or store sells.

"What this bill does is eliminates the state's alcohol purchase fee it only maintains the local municipal fees," Waterbury said.

Waterbury said eliminating the additional tax would cost the state's General Fund $1.8 million. Meanwhile, the House is sitting on a bill, House Bill 1108, that would prohibit powdered alcohol. It passed the House Judiciary B committee Feb. 2.

Abortion-rights opposition showed up again Feb. 5 with Senate Bill 2043, which would establish the Maternal Mortality Review Committee, but not before the body amended the bill to require the state to record all deaths that happen as a result of abortion.

But that's already the law, and has been since 2004. The established committee would keep track of statistics about pregnancy-related deaths and develop strategies that would help prevent those deaths.

The most recent state Health Department report in 2012 shows no deaths and only two complications occurred that year as a result of abortions.

State courts would be prohibited from using or enforcing foreign law under House Bill 177 116-1, which that chamber passed. It also voted 78-37 on House Bill 490, which would ban any Mississippi governments from participating in sustainable-development efforts outlined by the United Nations in Agenda 21.

Republican lawmakers apparently believe HB 177 will protect against their fears associated with Sharia, the collection of Muslim religious law. Opponents of the bill say the ban is biased against Muslims.