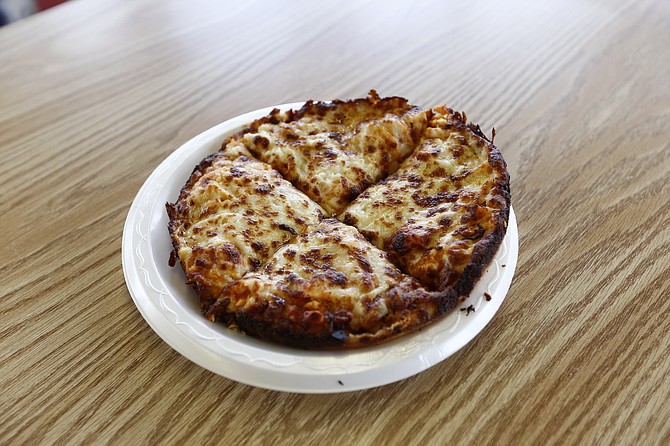 Local pizza joint Miller's Grill & Pizzeria (2146 Highway 471, Brandon) grew out of a family restaurant on Capitol Street just off State Street called Miller's Grocery, which the Miller family opened in 1998 and named after a family grocery store in Stringer, Miss. The family then opened Miller's Grill further west on Capitol Street in 2004 and later expanded its menu to include New York-style pizza. Although the last Jackson location closed three years ago, Miller's Grill and Pizzeria in Brandon, which opened in October 2012, remains open, and now the Millers are preparing to open a new location at the former Shea's restaurant (810 Lake Harbor Road, Ridgeland). Miller's hasn't announced the opening date, yet.

For 14 years, the downtown Jackson menu offered a different daily pizza special for each day of the week: barbecue chicken on Monday, chicken pesto on Tuesday, bacon double cheeseburger on Wednesday, chicken fajita on Thursday and South Philly on Friday. Now, customers can get any of the specialty pizzas on any day of the week, along with creations such as The Rez, Grant's BLT, Castlewoods Chicken Caesar and Mississippi Tropical.

The restaurant also offers a large selection of burgers, chicken tender baskets, specialty sandwiches and po'boys, chicken and waffles, and shrimp and grits.

Also on the local pizza front, this year's Best of Jackson winner for Best Local Pizza and Best Hangover Food, The Pizza Shack, has seen one store close and a few more open over the past month.

Horn, a lifelong Jackson resident and former bartender for Table 100 (100 Ridge Way, Flowood, 601-420-4202), created his distinctive coffee blend out of his home kitchen. He began selling his product commercially at farmers markets and in grocery stores in Jackson, Hattiesburg and Ocean Springs in 2010. When demand grew large enough, he started brewing out of the kitchen of Steve's Downtown Deli (125 S. Congress St., 601-969-1119) on weekends because his own kitchen was not large enough.

Mississippi Cold Drip offers a cold-brewed coffee concentrate which, when mixed with water or milk, creates a robust, versatile coffee that is more flavorful and less acidic than regular heat-brewed coffee. This concentrate can also be used in baking, cooking and cocktails, and can be mixed at varying volumes and strengths for any palate.

The company will be the first tenant of The Hatch, which provides affordable overhead and hands-on business assistance for creative entrepreneurs. Midtown Partners, Inc. owns and manages The Hatch in partnership with ELSEWorks, the entrepreneurship program at Millsaps College.

The Jackson Zoo (2918 Capitol St., 601-352-2580) has created an endowment fund and operating reserve with the Community Foundation of Greater Jackson to help elevate the long-term growth and stability of the Jackson Zoo.

The fund and reserve will allow philanthropists and other Mississippians who care deeply about the Jackson Zoo to invest in its long-term future, a press release from the Jackson Zoo stated.

An endowment fund is made up of gifts and bequests that are required to keep the principal intact and invested in to create a source of income for an organization. An operating reserve is one of the keys to the financial stability of a nonprofit organization and can serve as an internal line of credit when needed to cover the normal fluctuations in day-to-day operations.

Crymes Pittman, Dr. William Aden, and Ellen and Charles Johnson made the initial contributions necessary to open the door for the public to invest in the zoo as well.

One advantage of having this system in place is that anyone can leave their legacy at the zoo by way of life-insurance policies, property, stock options, bequests, estate holdings and other large contributions. Another advantage is that it will aid the zoo in the process of major upgrades, such as master planning projects and major long-term upgrades for the Jackson Zoo.

The Jackson Zoo is accredited through the Association of Zoos and Aquariums.