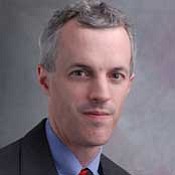 Thank you for publishing "To Finish What They Started" by Leslie McLemore II (March 25-31, 2015) concerning the importance of voting and the need for laws to protect that fundamental right for all Americans. As the 50th anniversary of the March at Selma passes, we ought to improve our election laws by doing these things:

Mississippi ought to send a positive message to the country and embrace voting reforms that make our state better.

David Blount of Jackson, a Democrat, represents Hinds County District 29 in the Mississippi State Senate. He is vice chairman of the Senate Elections Commission and previously was communications director for Mississippi Secretary of State Eric Clark.