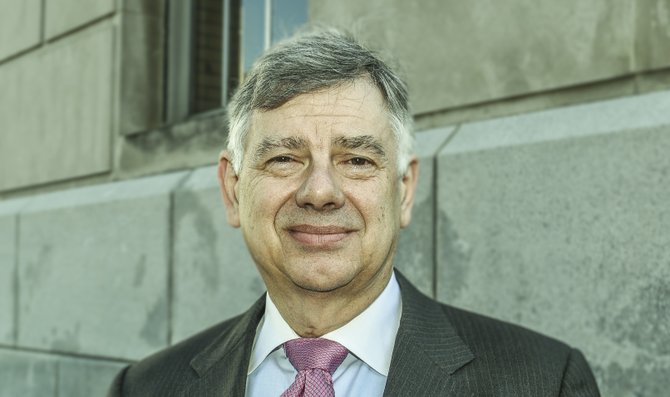 David Watkins, the developer of several high-profile projects in the capital city, says he is baffled about why he's being sanctioned as part of a probe into the use of federal funds on the Farish Street revitalization project. Photo by Trip Burns. 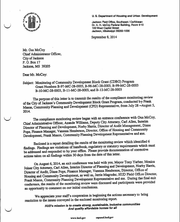 David Watkins, the developer of several high-profile projects in the capital city, says he is baffled about why he's being sanctioned as part of a probe into the use of federal funds on the Farish Street revitalization project.

A federal review of the expenditure of community-development block grants earmarked for Farish Street resulted in the U.S. Department of Housing and Urban Development requiring the City of Jackson to repay $1.5 million used to buy Farish properties. In a letter to Jackson city officials, HUD monitors said they were doubtful that Farish Street would ever become the entertainment district and economic engine planners originally intended.

In addition to requiring repayment of the CDBG money over the course of three years, HUD also suspended several organizations from working with HUD-funded programs. They include the Jackson Redevelopment Authority, which owns the buildings and has leased the property to several development groups over the years. Also included were Farish Street Group (FSG) LLC—a project that Watkins led and held the master lease on until last year—Watkins Development LLC and Jason Goree, a former Watkins employee who now heads up economic development for Jackson.

Responding to the HUD review through a press statement, Watkins said he was unaware that HUD was looking at his businesses until the monitoring report became public last week.

"Our lease with the JRA on Farish Street is over 90 pages long, (was) drafted by JRA's lawyers, and sets out all our legal obligations on the property in detail, including payment of rent and a large portion of future profits," Watkins wrote. "We are stunned to learn that any HUD regulations even applied to our business venture."

Watkins also points out that he and his companies were not a part of the Farish project at the time the Jackson officials used the CDBG funds in question. The city entered into an agreement with JRA to purchase 17 buildings along Farish Street in April 1997. In March 2002, JRA hired Performa Mississippi LLC—a division of Memphis-based Beale Street developer Performa Entertainment Real Estate Inc.—for the Farish project. Watkins' Farish Street Group took over Performa's lease, and incurred some of the company's debt, in 2009.

In his statement, Watkins goes on to say that HUD's failure to mention former JRA board attorney Jones Walker and their attorney, Zach Taylor, in its monitoring review letter is "puzzling."

"One constant, responsible party for ensuring compliance of all entities, public and private, even going back to 1999, was Zach Taylor, a Jones Walker lawyer that has acted as counsel for the JRA for over 20 years, before being abruptly fired from the JRA last month. These are the same lawyers that advised the JRA to terminate FSG's lease," Watkins wrote.

Reached this morning by phone, Taylor said it is his firm's policy not to discuss clients or former clients with news media.

At JRA's August meeting, commissioners voted to remove Jones Walker and Taylor as board counsel and to elect a new board chairperson in attorney Jennifer Johnson. The previous chairman was Bishop Ronnie Crudup, pastor of New Horizon Church International.

Commissioners voting in favor of the changes said during the meeting that they believe the board had received bad legal advice from Taylor. Jones Walker is also central in the legal dispute over Farish [link: jfp.ms/Watkins] between Watkins and JRA. Legal documents Watkins attorneys filed last year state that Jones Walker serving as JRA's legal counsel represents a conflict of interest because thefirm also represents a company called Retro Metro LLC—and its principals Socrates Garrett and LeRoy Walker—in four suits, including at least one against Watkins.

Through attorneys, Watkins also said he wants an opportunity to "clarify some of the erroneous points and innuendos made" in HUD's letter and plans ask that his businesses be removed from the agency's corrective-action plan.