Stinker Quote of the Week: 'Skin' 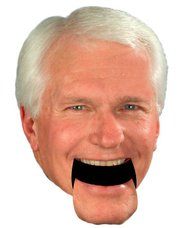 "Adrian Peterson was right to spank, wrong to break the skin."

Why It Stinks: Corporal punishment in parenting has entered into mainstream conversation among political pundits after the Minnesota Vikings deactivated and then reinstated running back Adrian Peterson amid child-abuse charges. But for Fischer, Peterson's problem isn't that he hit his child, it's that he left a mark. The costs and benefits of corporal punishment are an important topic for discussion. What Fischer seems to be advocating is inflicting as much pain on children as possible as long as no one is able to tell, which could lead to emotional scarring. And it's abuse. That should definitely be part of the conversation.

We have to put up with so many making this same argument so many ways. Chris Matthews on his show said he got hit with a belt and look how he turned out. Yes, an over-opinionated, ever-interrupting host who will not let his guests get a word in edgewise. Excellent, just what society needs. (not). He once laughed how Zell Miller challenged him to a duel, heck, I would challenge him to a duel on this matter if it were legal. And I'm an expert marksman. This is the 21st century, it's time to hold highly trained sports stars accountable, and for that matter people in public life as well. That goes for you Wall St. bankers, mortgage lenders, baby killers and beaters, drug dealers, murderers, members of Congress, movie stars, and our elected officials and those appointed over us. We also need to find out why people are NOT doing their jobs in finding out these criminals and doing something about them, even when they have been informed of their activities sometimes years before the public knows about it.