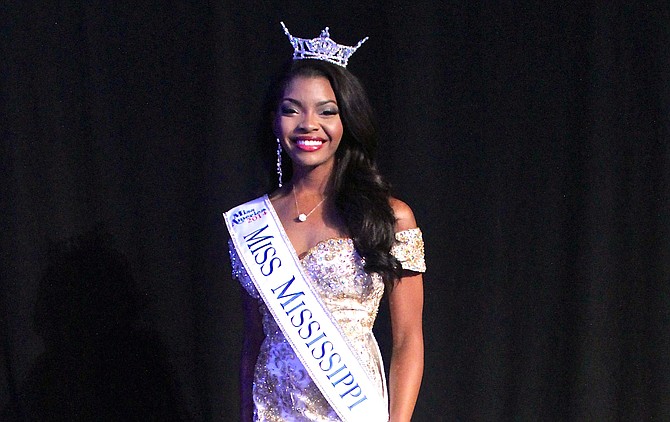 "The Strength Awards honor people for outstanding work in the community, for doing great things to change the lives of other people," Pat Chambliss, volunteer executive director of Dress for Success, said. "We'll be presenting awards to three women and one women's organization this year."

The recipients in question are Miss Mississippi 2014 Jasmine Murray, philanthropist Joni Strickland McLain, dean of Mississippi College School of Law Wendy B. Scott and the Lefleur's Bluff Chapter of The Links, Inc.

Columbus native Murray, 22, became Miss Mississippi in July 2014. A Top 13 Finalist on American Idol in 2008, Murray showcased her voice as her talent in the pageant. Her platform in the pageant—an issue a contestant cares about that affects her community and the country—was titled "13 Going on 30: Teaching Girls to Embrace their Age." The platform addresses Murray's concern that young girls are growing up too quickly due to negative messages from the media, anxiety surrounding social acceptance and the absence of good role models. She plans to partner with the Boys and Girls Clubs of America to establish "13 Going on 30" as a state and national program.

McClain is president of McClain Lodge, an event venue in Brandon that hosts events from weddings to fundraisers. McClain owns the lodge with her husband, Buddy, and oversees sales and marketing and helps plan events. A Jackson native, McClain received a bachelor's degree in marketing from the University of Southern Mississippi. While there, she planned events for the cheerleading team. McClain resigned from her position at USM to open Event Works, solidifying her passion for event sales and planning. She and her husband purchased McClain Lodge—then known as Luckett Lodge—in early 2012.

Scott became the eighth dean of the MC School of Law in August 2014. She is a national expert on race law and constitutional law and theory. A graduate of Harvard University and New York University School of Law, Scott taught at the North Carolina Central University School of Law for eight years, where she served as Associate Dean for Academic Affairs from 2009 to 2012. She previously taught at Tulane Law School in New Orleans for 17 years and served as vice dean for academic affairs. She is a member of the New York bar and has been admitted to practice in the United States Supreme Court.

The Links, Inc., is an international, not-for-profit corporation, established in 1946. It is one of the nation's oldest and largest women's volunteer-service organizations, committed to enriching, sustaining and ensuring the culture and economic survival of African Americans and other persons of African ancestry. The organization consists of business and civic leaders, role models, mentors, activists and volunteers who perform community service to strengthen communities.

Dress for Success is a global not-for-profit organization that promotes the economic independence of disadvantaged women by providing professional attire, a network of support and the career-development tools to help women find jobs and remain employed. Each Dress for Success client receives one suit when she has a job interview and can return for a second suit or separates when she finds work. Dress for Success also provides career guidance, the chance to acquire technology skills, assistance in job searches and other services.

Local restaurateur and civic booster Jeff Good and Tamica Smith-Jeuitt—senior communications specialist for the Mississippi Annual Conference of The United Methodist Church and a member of the American Red Cross of Mississippi—will host Little Black Dress with a Tie. The event will feature live music by Jessie Primer, III and a closing performance by Jasmine Murray. Tickets are $50 in advance and $60 at the door. To purchase tickets, call 601-364-1722. For information on Dress for Success Metro Jackson, call 601-364-1755 or visit www.dressforsuccess.org/metrojackson.