Stinker Quote of the Week: 'Amnesty' 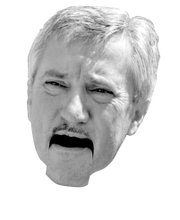 "Until we get Mississippians back to work, I can neither support legislation that would grant work authorization or amnesty to people that came here illegally nor can I support increases in guest foreign workers, ​​many of whom accept work at sub-standard wages."

Why it stinks: The statement he makes about "illegal immigrants and guest workers" taking jobs away from "unemployed Mississippians" reflects an old, tired trope that has been disproved time and time again. Immigrants do jobs that Americans simply won't do. And, many economists agree that the presence of immigrants, who buy just as much stuff as citizens, is a net benefit to the economy. For a state like Mississippi that has one of the nation's fastest growing immigrant populations, Childers' actions could prove politically fatal.

Childers statement might actually cause me to vote accross party lines and actually vote for a democrat. Since his comment has been disproved time and time again, please reference the source for this statement. I see similar reports out there that support his statement, unless of course your source is Bill Chandler with whom the JFP seems to adore.

Mr. Childers does have a valid point, providing people just don't understand or want to understand the word "Illegal" modifying the word immigrants. Since I believe this is just a cynical ploy to get votes, I'm sticking with Thad Cochran. And I'm a Democrat.