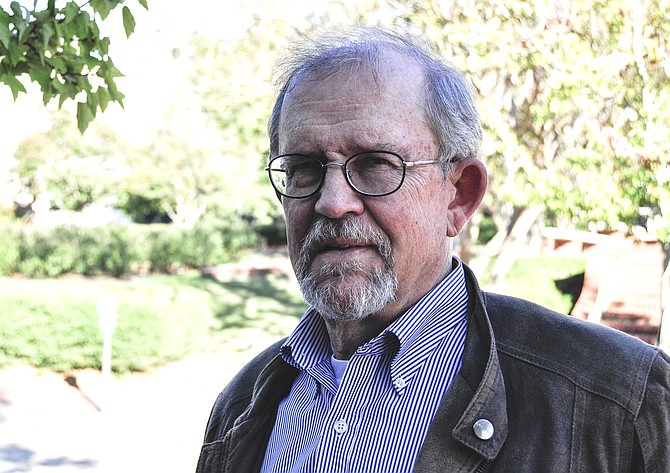 Ashby Foote, founder and president of Vector Money Management, is running for the Ward 1 City Council seat with hopes of bringing financial knowledge to the city budget planning process. Photo by Trip Burns. 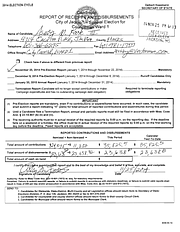 Ashby Foote is new to the political scene, but he believes his knack for numbers gives him an edge as a candidate for Ward 1 City Council. A longtime Jacksonian and founder of Vector Money Management, Foote has extensive experience in finance.

Foote, 62, graduated from the United States Military Academy at West Point in 1974 and has been married to his wife, Suzie, for 30 years. They have three sons, Turner, Stuart and Tommy, one daughter, Sarah, and one granddaughter, Bella.

During this interview, Foote retrieved a calculator to show how much higher Jackson's property taxes are compared to surrounding areas. This is one reason Foote believes Jackson is not competitive with other cities. He recently told the Jackson Free Press about his plans if elected.

How would you use your financial expertise in city council?

Jackson city government is a big enterprise. It's got a lot of different things it needs to accomplish during the course of a year. As so often happens in government they, often times, end up with more obligations to try to accomplish, whether it's safety in the streets, whether it's the school system. In this case, water and sewer has become a big issue, and you've got other things that people want to turn to government to help solve problems. So it becomes a question of being able to afford all of (those). The needs can exceed your ability to meet those needs.

At the end of the day, a lot of those issues boil down to either being able to prioritize them and then be able to finance them. I've worked in the area of finance for the last 34 years, and I've learned a lot. I didn't start out as an expert in finance. The actual experience ... I think, is a crucial factor in being able to solve problems.

The revenue for Jackson primarily comes from property taxes. One of the issues that came up during (the Ward 1 forum last week) was: Are citizens of Jackson paying too much in tax revenues? My answer to that question was that Jackson is not very competitive when it comes to taxes with the other surrounding areas.

Obviously, Jackson's got a lot of things they're trying to take care of with that tax money, and I'm not saying we need to go immediately and just cut the millage rate down, but the reality is that we have to be competitive if when people come to move to the Jackson area we'd like them to consider Jackson as a place to live.

You seem to be using parking meters as a microcosm for a bigger problem. What other examples illustrate that problem?

Exactly. That's what I was trying to do.

One of the first things I would ask if we were in a budget meeting would be to try to turn to whoever department parking meters is and say, 'Can you explain how you come in 70 percent short of what you expected to get?' It's not like the city is going to be in default because you're short $123,000, but that's really messed up for planning purposes.

That's a good anecdote, and the challenge is—and I haven't had time to go through (the budget) at this point in time—to come up with a laundry list of solutions. As I see it, the role of the city councilperson is to facilitate a line of communication with citizens, with businesses that are in the Jackson area, to make Jackson more efficient.

I'm not going to be the person that has all the answers, but I can talk to a lot of people and hopefully bring good potential solutions to the city council that we can then discuss and try to come up with the best plan.

Tell me what Vector Money Management is?

We're a registered investment advisory firm. We manage portfolios, publicly traded stocks and bonds, for our clientele, individuals and some institutions, like foundations and all. We've done that for 25 years. In the process of making investment decisions, one of the things we spend a lot of time on sort of macro-economic issues. What causes the economy to grow? Or not grow? Or do better? Or to perform well? And then within individual companies. Why do some companies do really well? Why does Microsoft do well while other companies don't do well? There are factors that make some enterprises exceed beyond their wildest expectations.

What is your assessment of the business climate in Jackson?

We need to focus on safety so that people consider that a safe place, just personally safe for business people and their clients because the clients have to feel comfortable to come down and visit a business, if it's an accounting firm, if it's a law firm, if it's an investment firm or if it's some other type of firm.

All the construction going on right now and that's continuing to go on and the re-do of the construction with the changing of Capitol Street from one-way to two-way—I really have to question that decision. That's a lot of cost for not much value added at a time when we've got severe financial needs over our water and sewer system. To me, that's an example of poor prioritizing.

You stress safe communities when you're talking about economic development. How do you think the city council can have an impact on crime rates?

Crime rate is obviously a huge part of how Jackson is perceived. I'm not an expert on crime, but there are experts on the whole crime issue out there. The way I see impacting that is by reaching out and talking to the law enforcement officials, the ones that are working for the city of Jackson, other law enforcement officials, looking at best practices in cities across the county that have situations or demographics similar to Jackson.

How would you suggest Jackson retain its middle class?

We've got to be competitive from a tax situation for the middle class so it's cost efficient to live in Jackson, (and) they get a good value for their tax dollars. We've got to have a better school system. There's three schools in Ward 1—Spann, McLeod and Casey. Casey has an A-rating, I think Spann has a B, and then McLeod is like a D. We've got to increase the performance of our schools.

If you're dealing with a divisive topic in City Council where you have some kind of financial input, how are you going to get members who might not have the same knowledge and background that you have to get on board with your ideas?

It's not going to happen overnight. Finance is complex. The investment world can be very complex. Like any discipline, it has its own set of language and things that the people in it know about. In many areas I'm a layperson. Investment is an area that I have expertise in.

So part of it's going to be education. Here's some fundamental rules. One of them would be, investment capital is going to go where it's well-treated, so we need to be ... business-friendly. If we want businesses to come to Jackson ... they need to see Jackson as pro-business.

But there's more complicated things that are going to come along, and I see myself as being able to, over time, build trust with other councilmembers that I share their values which is trying to make Jackson a more dynamic, growing, safe city. I've got to believe everybody on the council wants that and it's just a matter of how to accomplish it.

Read all Ward 1 candidate interviews to date at jfp.ms/ward1.