What Is ‘Common Core’ All About? | Jackson Free Press | Jackson, MS

What Is ‘Common Core’ All About? 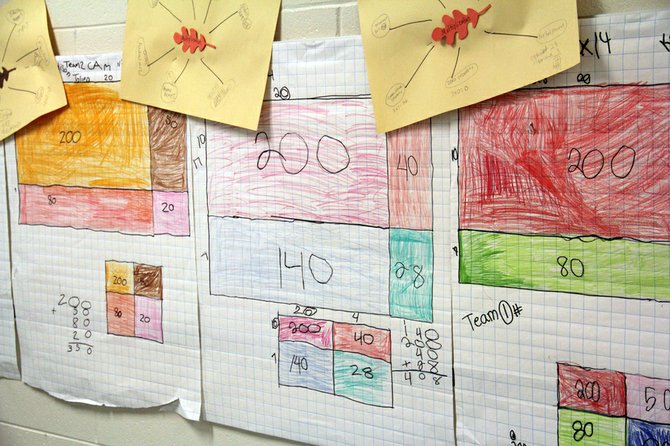 Carey M. Wright, state superintendent for the Mississippi Department of Education, said it is a “gross mischaracterization” to call Common Core a failed program while the state is still working on implementation.

It's been called a federal curriculum, the end of literature lessons and even, here in Mississippi, a "Muslim takeover of schools." The Common Core, a set of math and English language arts standards that spells out what skills students are expected to master in kindergarten through 12th grade, will be rolled out in every Mississippi school this year.

The new standards are not a curriculum; instead they set benchmarks for math and English achievement in each grade. In 2010, 45 states and Washington, D.C., adopted the standards, hoping they will increase rigor in earlier grades and then build a strong foundation for higher-level English and math courses. Since then, a handful of states have dropped them.

The National Governors Association and the Council of Chief State School Officers jointly created the standards, which experts across the country wrote and then released in 2010.

Even so, there is huge confusion in Mississippi and nationwide about what the standards are, who created them and how they are changing instruction. In June, Gov. Phil Bryant called the Common Core "a failed program," months before all school districts have fully transitioned to the standards.

For years Mississippi has posted some of the lowest scores on national standardized tests. In 2010, the Thomas B. Fordham Institute, a conservative think tank in Washington, D.C., that supports the Common Core, scrutinized how old state standards compared to it. While about 15 states had English standards that were the same as or better than the Common Core's, Fordham concluded that Mississippi's were far weaker.

The report described the state's English standards as "mysterious," and among "the worst in the country."  It concluded that the Common Core standards are "significantly superior to what the Magnolia State has in place today."

Every few years, Mississippi revamps and updates its academic standards. In 2010, the state adopted the Common Core, which "saved the state time, money, and effort associated with creating our own standards that would not have been as rigorous," according to Mississippi's former interim superintendent of education, Lynn House.

Individual districts have always chosen their own curricula to meet whatever standards were set, and that will still be the case with the Common Core.

Alarmingly poor results by American students on international exams helped prompt the development of the Common Core standards. A decade ago, 44 percent of Singapore's students scored "advanced" on the Trends in International Mathematics and Science Study (TIMSS), while only 7 percent of American students did. American students had made progress since the 1990s, but the gains weren't enough for them to catch up to many of their peers in countries like Japan, Russia, Singapore and South Korea.

"We can quibble, or we can face the brutal truth that we're being out-educated," U.S. Education Secretary Arne Duncan said in 2010, when scores for the Programme for International Student Assessment (PISA) results were released and U.S. students once again fared poorly.

Common Core is meant to correlate with the standards in high-performing countries like Singapore and Japan. A 2012 study by William H. Schmidt and Richard T. Houang, education researchers at Michigan State University, found that Common Core's math standards seem to stack up.

They include fewer topics for students to master each year, and the grade-levels for given topics also tended to match, according to the analysis.

Common Core in the Classroom

In Mississippi, many districts transitioned their youngest students several years ago to allow teachers and students to grapple with the more challenging standards without the pressure of standardized testing. Under the Common Core standards, students are learning more challenging content earlier.

For example, Mississippi's kindergarteners were expected to count to 20 under the old standards. Under Common Core, they must count to 100.

The English standards emphasize reading non-fiction, and writing responses to questions using evidence from the text. In an interview last year, Vincent Segalini, director of English language arts for the Mississippi Department of Education, said that the state is "moving away from those worksheets into more critical thinking."

Some states, like New York, provided Common Core-aligned lesson plans to teachers, but Mississippi has largely left the transition to Common Core up to individual districts. Many of the state's teachers have started from scratch, or used resources from other states.

Starting in 2015, students will take new, computerized exams that are aligned to the Common Core. Like the standards themselves, the tests are intended to demand more of students than the traditional paper and pencil tests. Instead of filling in bubbles on answer sheets, students will perform a variety of tasks, like dragging and dropping fractions on a number line and filling in graphs. They will also answer multiple-choice questions, and will have to type out their thinking in written responses, even on math exams.

In the past few years, Mississippi's districts have scrambled to ramp up technology and bandwidth for the new exams, in the midst of budget cuts and severe underfunding. The exams themselves are costly. The state Office of Student Assessment projected last year that, in 2015, Mississippi will spend about $2.7 million more on the new exams for grades three through eight than the state spent in 2012 to provide those grades with the old exams.

Although the majority of states adopted the standards four years ago, the Common Core has recently sparked extensive controversy. Opposition has arisen both from some conservative and Tea Party groups who fear a federal intrusion on education, and from some liberals critical of standardized testing. (It was a Tea Party member who derided the standards as "a Muslim takeover" of Mississippi schools.)

In Mississippi last year, the state's Senate Conservative Coalition sent a letter to the former state superintendent, Lynn J. House, questioning the rigor of the standards.

Gov. Phil Bryant has vowed to zero in on the national set of education standards known as Common Core during the 2015 legislative session, which could signal that he will attempt to withdraw Mississippi from the standards.

Common Core does not include a full course of Algebra I until high school, for example; some critics say Algebra I is necessary earlier to prepare students for more advanced classes before and during college.

The Coalition also questioned the involvement of the federal government in their adoption.

The U.S. Department of Education did not mandate adopting the standards, but did award more points to states in applications for Race to the Top money if they adopted "college and career ready standards."

Many states, like Mississippi, chose to adopt Common Core as those standards instead of developing their own.

In June, Gov. Bryant said that Common Core would be a topic of the next legislative session, which led many to question whether he would follow in Louisiana Gov. Bobby Jindal's footsteps and withdraw from the standards.

In the wake of Bryant's comments, Mississippi's current state superintendent of education, Carey Wright, said in a statement: "It is a gross mischaracterization to call the standards a 'failed program' when Mississippi and other states have yet to give the first test aligned to the standards. The state is still in the implementation phase, and to remove the standards now would be disheartening to the district and school leaders and teachers who have invested time and resources in this effort."

This story was produced by The Hechinger Report, a nonprofit, nonpartisan news outlet based at Teachers College, Columbia University.