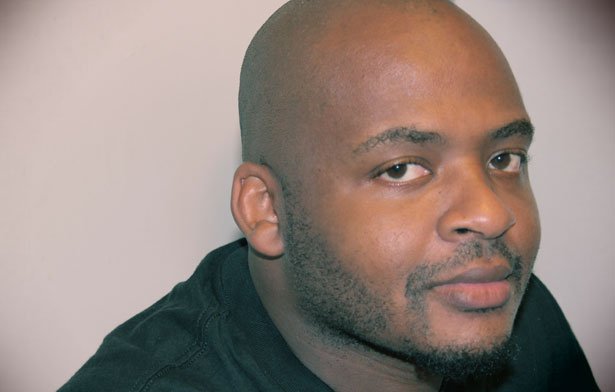 Award-winning fiction writer Kiese Laymon is returning to Mississippi from Vassar College in Poughkeepsie, N.Y., where he serves as an associate professor of English and African studies, to serve as the Grisham Writer in Residence at the University of Mississippi for the 2015-2016 school year. Laymon writes about a number of social issues including race, gender, geography and identity. His most famous works include the novel "Long Division," set in post-Katrina Mississippi, and a collection of essays titled "How to Slowly Kill Yourself and Others in America."

Growing up in Jackson with his mother—who was a political science professor at Jackson State University and often had Laymon do writing projects before he was allowed to have free time around the house—writing was always familiar to him, though he didn't fall in love with it until high school, when he became an editor for his school newspaper. After graduating from St. Joseph Catholic School, when it was still in Jackson, Laymon went on to attend Oberlin College in Oberlin, Ohio, where he received a bachelor's degree in English in 1998, and Indiana University in Bloomington, Ind., where he received a master's degree in fiction writing in 2002.

Laymon's original publisher, G.P. Putnam and Sons, initially delayed the publication of "Long Division" in 2011, insisting that Laymon omit aspects of the novel that explicitly explore the racial nature of politics in Mississippi after Hurricane Katrina. Laymon refused, feeling his editor wanted him to go against his personal convictions and be dishonest about the nature of the community he grew up in.

In 2012 another company called Bolden Books picked up and published "Long Division," allowing Laymon to tell the whole truth as he wished. After the novel went on sale, several publications, such as the Chicago Tribune and Contemporary Literature, named "Long Division" on their Best Books of 2013 lists. Both of Laymon's books are finalists for the Mississippi Award for Arts and Letters, with "Long Division" in the fiction category and "How to Slowly Kill Yourself and Others in America" in the non-fiction category.

Laymon is currently working on a novel about two black professors at an elite liberal arts university and a memoir that explores the implications of social forces including trauma, abuse, and addiction on the South and the nation as a whole. He said his memoir represents a reflection of self, family and community.

Laymon advises aspiring writers to practice, and he feels that the revision is just as important as writing, especially for personal improvement. He challenges writers not to be afraid of writing and to answer their own questions. Laymon said that aspiring young writers in Mississippi should learn to write with their own voice and ask questions of themselves, their region and their country.

"We should be great," Laymon said this week. "We come from great people."

Correction 7/1/2014: In a previous version of this story, Vassar College was misspelled. The Jackson Free Press apologizes for the error.