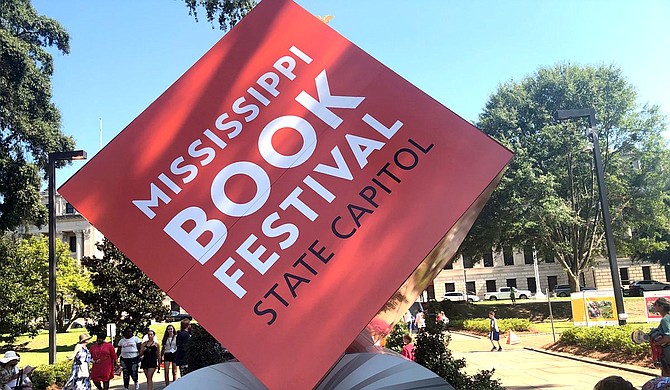 Mississippi is constantly faced with mockery and derision. “Fiftieth” has been the look-down-the-nose cry of its northern counterparts and even its fellow southerners, who refuse to see what’s long been known: Mississippi is a microcosm of America.

The land that national weather forecasters consistently refer to as “the area between New Orleans and Mobile” proves once again that it’s more than just the butt of a joke that was never true in the first place with its annual “literary lawn party” on the grounds of the Capitol. The event celebrates the history of a state that produced Eudora Welty, William Faulkner and Richard Wright while simultaneously saluting its modern voices, like Natasha Tretheway, Jesmyn Ward and John Grisham.

The single-day festival is on Aug. 21 this year, featuring dozens of panels, commemorative art and an extensive line-up of popular writers.

Former Congressman Gregg Harper will be on hand to discuss his new book, “A Fool’s Errand: Creating the National Museum of African American History and Culture in the Age of Bush, Obama and Trump.” Editor of Time Magazine Walter Isaacson will be in attendance, as will recent Faulkner Award winner Deesha Philyaw.

Mississippi’s own will also stud the list of offerings, as Jacksonian Angie Thomas will promote her latest YA novel, “Concrete Rose,” alongside activist Kiese Laymon, who is rolling out his recent novel, “Long Division.” Catherine Pierce, the state’s newest Poet Laureate who recently published “Danger Days,” will also join the list of featured authors.

2 Personal Reflections: Aimee Nezhukumatathil and Lauren Hough will lay their lives bare as they consider their personal memoirs.

3 Afrofuturism: Tim Fielder and Jesse Holland continue the wonder of Black Panther with their contributions to the syfy-esque lore.

Five Panels Not to Miss:

1 All About Hub City Press: The Hattiesburg-based indie publisher will host a panel with three of its authors: Mark Barr, Anjali Enjeti and Gordy Sauer.

2 Meet Me in the Middle: Young readers will have the opportunity to meet New York Times Best-Selling author Nic Stone, along with Alda P. Dobbs, Carrie Seims and Gilbert Ford.

3 Rhythms of the Region: Regina Bradley, Bobby Rush and David Whiteis talk about their foray into writing about Mississippi’s musical past.

4 Book Club Picks: Those who prefer to read in groups with coworkers, neighbors or friends can find their next monthly selection by listening to Katherine St. John, Kristy Woodson Harvey and Karen White.

5 Southern Writers: With one of the largest panels on the docket, LeTanya McQueen, Lee Durkee, M.O. Walsh, Katy Simpson Smith and Gin Phillips will discuss the influence of their southern roots on their stories of the deep South.