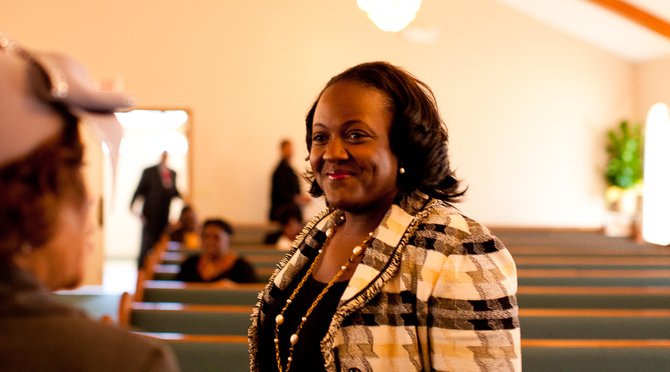 "Heather McTeer Toney has a proven track record and broad experience as an advocate and dedicated public servant," McCarthy said in a release. "I have full confidence that she'll continue that sense of service and leadership working to protect people's health and the environment as regional administrator in the region she was born, raised, and still calls home."

Born and raised in Greenville, Toney is the daughter of a civil rights attorney and a public school teacher.

In 2004, Toney was elected mayor of Greenville, the first African American and first female to hold the position. Her accomplishments in office include getting the city out of debt, raising millions of dollars in grants and federal assistance and completing a number of major infrastructure projects. She remained in office until 2012.

Toney is the executive director of the Center for Excellence in Student Learning at Mississippi Valley State University and the principal attorney at her own law firm, Heather McTeer, PLLC.

She also serves as one of the national spokeswomen for "She Should Run!,"—a national organization that encourages women to run for office—and as the state director for the Political Institute for Women.

Toney is active in her community and an advocate for education, women's issues, health and wellness. She and her husband Dexter have two children.

Congratulations! This is a GRAND appointment and I am so happy to see Pres. Obama keep his promise of appointing women to some of the Nation's key positions. It is also a special to know that Mrs. McTeer Toney is a native of Mississippi.