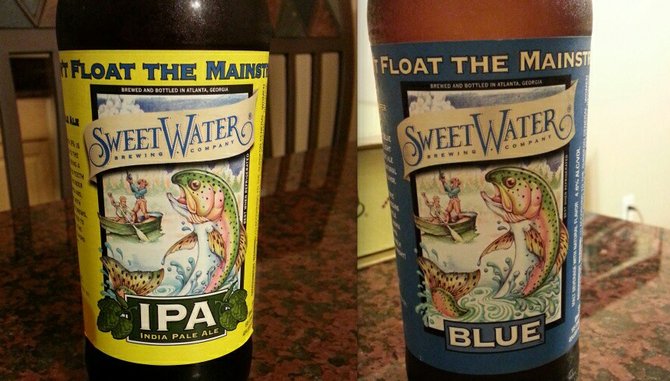 Houston's restaurant offers fresh oysters from the Gulf and both coasts, seasonal vegetables, rare rums and 31 taps of craft beers from local breweries like Lucky Town Brewery, including specially flavored beers of the day and a special oyster stout that uses oyster shells as part of the brewing process. Saltine also has a Randall system that enables infusing drafts on site.

Saltine has seating for 100 people, an outdoor patio, and a nautical theme featuring antique accessories and large murals inspired by classic stories of the sea.

Saltine is open for lunch and dinner Tuesday through Sunday from 11 a.m. to 11 p.m. For reservations, call 601-955-4327 or visit www.saltinerestaurant.com. Also be sure to follow the restaurant on Facebook and Twitter.

Following a $19 million expansion, Atlanta-based SweetWater Brewing Company, which the Brewer's Association ranks as one of the nation's top 20 craft breweries, is bringing its craft-beer lineup to Mississippi starting in early September.

"I can't tell you how excited we are to finally begin flowing in Mississippi," SweetWater founder Freddy Bensch said in a release. "This one took a little while for us, but with our new fermentation tanks online and the expanded brewhouse rocking and rolling, our tasty beers will hit Mississippi shelves and taps just in time for college football to kick off!"

A crew from SweetWater will host sampling celebrations and sponsored events around the state beginning the week of Sept. 8 for the Jackson, Gulfport and Biloxi areas, and the week of Sept. 22 for Northern Mississippi. For the full schedule and participating locations, visit SweetWater's Facebook page.

Fans can also follow the brewery's Mississippi Facebook page for details on how to enter SweetWater's "Catch a Trout Tap" contest, which will reward the first locals to spot their tap handles with free "SweetWater Schwag."

In New Stage's Young Actor Troupe, students learn from both exercises and rehearsing for performances in the Metro area. The troupe meets Saturday mornings from 10 a.m. to noon at the Warehouse Theatre (1000 Monroe St.). Kerri Sanders and Education Director Chris Roebuck lead the troupe. The cost is $100 per month. Registration is open through Sept. 27, 2014.

The fall session for 1st through 6th grade is designed to teach acting technique. The series focuses on basic acting techniques and drama forms over a six-week class period. First through 3rd grades will meet on Saturday mornings, Sept. 6 through Oct. 11 from 9 a.m. to 10:30 a.m. Fourth through 6th grades will meet on the same days from 10:30 a.m. to noon. The cost of each of these sessions is $100. The deadline to register is Sept. 5. The New Stage Theatre Professional Acting Intern Company, comprised of Augustus Bennett, Katie Beth Jewell, Pat Moran and Valencia Proctor, will teach the 1st through 6th grade classes.

The Teen Acting class Fall Session, for grades 7-12, meets on Monday nights from 5:30 p.m. to 7 p.m. The first class session will be September 29 and it will run every Monday evening through Nov. 17. The cost of this session is $150, and the deadline to register is September 26. The emphasis on the fall Teen Acting class is acting skills. The actors will focus the skills needed to develop a character on the stage, using monologue and scene work to form a foundation on which to build in future classes. Education Director Chris Roebuck will teach these classes.

New Stage Theatre accepts cash, check, Discover, Visa, Mastercard and American Express. Payment is due by the first class session. Payment with a credit card will include a $3.00 processing fee. For information or to register for classes, contact Education Director Chris Roebuck at 601-948-3533 ext. 232, or email [email protected]