Mississippi Primaries: Open or Not? 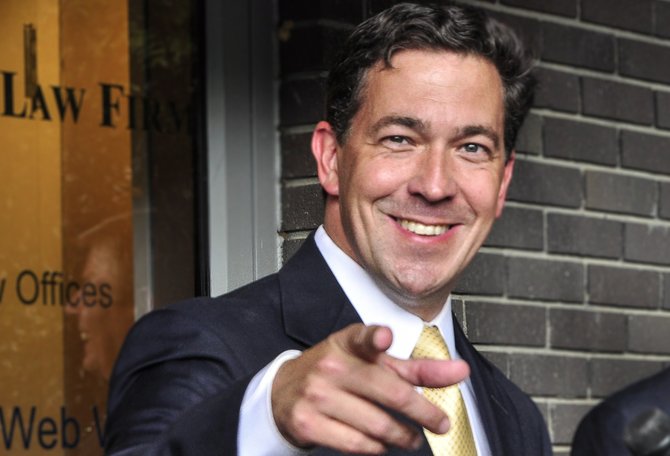 State Sen. Chris McDaniel claims the integrity of the election was compromised by voters who voted for U.S. Sen. Thad Cochran but who intend to vote for Democratic candidate Travis Childers in November. He says closed primaries would prevent such crossover. Photo by Trip Burns.

A man walks into his polling precinct to vote in a Republican primary. As he arrives at the tables, he brags that he will not be supporting the Republican candidate in the general election. A poll worker notices this, documents the incident and marks his vote "challenged" or "rejected."

In Mississippi, this is the only situation in which a person's vote could be thrown out for crossing party lines to vote in a primary—with the exception of those who voted in a primary and then crossed over to vote in the opposite party's runoff.

Party primaries in Mississippi are considered "open" in this way, even though the state's election code states that "no person shall be eligible to participate in any primary election unless he intends to support the nominations made in the primary in which he participates."

That "intent" statute is virtually unenforceable, unless, for some reason, a voter outs themselves at the polls and a poll worker documents the incident.

"Unless you came into the polling place and said, 'I'm not going to support the nominee,' then you were allowed to vote. That's what essentially gave the open primary to Mississippi," University of California Irvine law professor and election-law expert Rick Hasen said.

The attorney general's and secretary of state's offices confirmed this interpretation of the statute just weeks before Mississippi's most recent U.S. Senate primary election.

That hasn't stopped State Sen. Chris McDaniel's campaign and his supporters from being outraged at the influence that Democratic voters have had on the primary. McDaniel claims the integrity of the election was compromised by voters who voted for U.S. Sen. Thad Cochran but who intend to vote for Democratic candidate Travis Childers in November.

McDaniel's challenge to election results includes Chism Strategies polls that suggest 71 percent of Democrats who voted in the Republican runoff intend to vote for someone other than the Republican nominee in the general election. Polling robocalls gathered this data from anonymous voters.

As constitutional law expert and Mississippi College professor Matt Steffey points out, the law cannot require a voter to submit a statement of intent in order to vote, nor can after-the-fact polls determine the intent of a person at the time they cast a vote. Essentially, a challenger can never gather the evidence to prove a person's intent that is necessary to get the courts to throw out votes under the statute.

People, after all, change their minds.

McDaniel he said last week that believes Mississippi should have closed primaries—ones in which only Republicans can vote in the Republican primary and the same for Democrats.

There is no question: McDaniel believes he would have won had the primary been closed. As chairman of the Mississippi Senate Elections Committee, he didn't complain about the open primary system prior to the election.

Hasen said this makes for a weak claim on McDaniel's end.

"The problem is you have this long-standing practice, and you had the rules announced before the election, and McDaniel didn't do anything to challenge that. Everybody went in with the rules that we had. To claim that they were wrong, it comes a little late," Hasen said.

Now, McDaniel is calling for a more restrictive election process. "I think we have to move toward some sort of closed primary system at some point," McDaniel said at a press conference in Jackson Friday.

Hasen said that McDaniel's desire for a closed election is not sound evidence that his challenge is sensible. "What the ideal form of the primary is, is a different question from what happens in an election that's already been run under rules that have already been set," Hasen said.

Still, McDaniel contends the election was not run with integrity due to the current open-primary system.