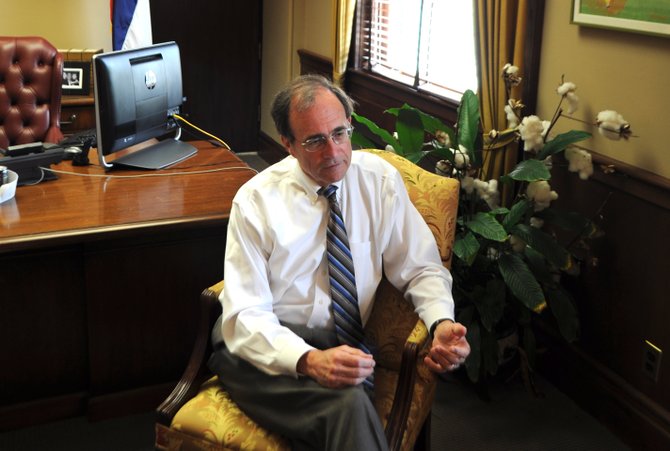 If politics doesn't work out, Mississippi Secretary of State Delbert Hosemann could always go into advertising.

Today, the 35th Annual Telly Awards were announced, and two MSOS ads about voter ID are taking home bronze prizes — one in political-issues/campaign advertising and one for public service. The Tellys only award silver and bronze prizes.

“Regardless of your views and opinions on Voter ID, our goal was to educate and engage all citizens of our State in a light-hearted and entertaining way," Hosemann said through a press release.

Voter ID has been and continues to be controversial because scant evidence exists of fraud and other problems voter ID is designed to address.

In October 2013, Hosemann's office agreed to pay Cirlot no more than $40,000 for the Voter ID campaign. That amount included $18,000 for creative development, $14,000 to produce three TV spots and $2,500 for radio scriptwriting and production, state records show.

"Great work starts with a client who trusts you enough to step out of their comfort zone. We certainly found that to be the case with Secretary Hosemann,” Rick Looser, chief-operating-officer of the Cirlot Agency, said through the release. "…I am more pleased we created a memorable campaign which educates Mississippi voters on the changes in our election laws."