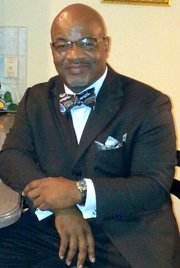 On Thursday, Oct. 3, the Mississippi College Board announced that William Bynum, vice president of enrollment management and student services at the private Morehouse College in Atlanta, Ga., is the preferred candidate to become president of Mississippi Valley State University. MVSU is the smallest of Mississippi's eight public universities. It's located in Itta Bena.

The College Board selected Bynum after a months-long closed search. Officials reviewed more than 70 candidate applications that a campus search advisory committee chose for submission to the board. The board will vote on Bynum's appointment after Bynum completes a visit to the MVSU campus to meet with faculty Tuesday, Oct. 8.

Bynum, 51, is a native of Rocky Mount, N.C. He received a bachelor's degree from Davidson College and a master of arts and a doctoral degree from Duke University, where he was an Endowment Fellow. All of Bynum's degrees are in sociology.

A 20-year educator with an extensive background in administration, Bynum has worked at Clark Atlanta University, the Georgia Institute of Technology and Davidson College. He also served as vice president for student affairs and enrollment management at Lincoln University in Pennsylvania. Bynum joined the Morehouse staff in 2009.

Bynum said in an interview with the Associated Press that if he officially becomes president of MVSU, he will reverse the decline in enrollment at the university by focusing on high schools that have traditionally sent students to Valley, expanding recruitment to areas with growing numbers of high-school graduates and using financial aid to bolster recruitment in new territory. He will also focus on making sure current students stay in school and graduate, and on unifying alumni and community members associated with the university.