Stinker Quote of the Week: 'Dilatory' 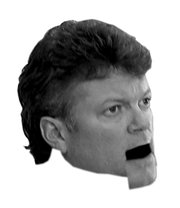 "[W]hen the defense waits until the 11th hour to raise such claims, which could not possibly exonerate their client, courts are loathe to be subjected to these types of dilatory defense tactics."

Why it stinks: An Oktibbeha County jury voted to execute Willie Jerome Manning for the 1992 murders of two Mississippi State University students based mostly on circumstantial evidence. Manning's post-conviction defense attorneys have attempted to get DNA testing on the evidence since at least 2006, demonstrating anything but "dilatory defense tactics."

Evidence against Manning includes a jailhouse "confession" later recanted by the witness. This week, the FBI has admitted that its agent's testimony given at Manning's trial was faulty, and the agency has offered to pay for a DNA test that could be crucial to Manning's defense.

If Mississippi is going to execute people, the state has a responsibility to reach an irrefutable conclusion of guilt, which apparently, it has not done in this case. Unless General Hood has some magic crystal ball we're not aware of, he cannot know whether a DNA test "could not possibly" lead to Manning's exoneration. The only way to find out is to do the test. Not testing prior will prove Mississippi dilatory in putting a man to death.