A Greater State of Being | Jackson Free Press | Jackson, MS

A Greater State of Being 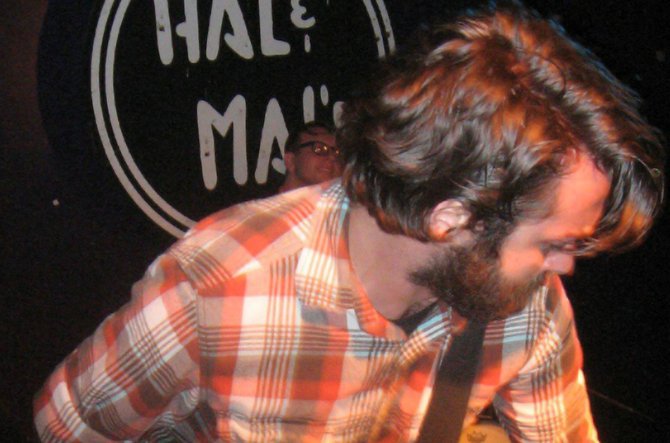 Rocking with the aura of a new-wave version of Modest Mouse, The Greater States bring a heavy hit to the Jackson scene.

"We would show up to practice early or hang out late. I wouldn't be ready to stop playing drums, and (David) would want to jam out, not really planning on taking it anywhere," Gardiner says. "He'd start playing some progressions, and I'd find a beat to go with it. Next thing we knew, it was 15 or 20 minutes later."

Taking cues from psychedelic greats Pink Floyd, The Greater States' live performances often take on that losing-track-of-time mindset. One of the band's non-negotiables is to make a show last as long as possible and, between songs, the band "doesn't really stop making noise," Burns says. This phenomenon is also evident in The Greater States' recorded work.

"Instead of making a set like a collection of songs, it kind of connects everything into one big piece of work," Gardiner says.

The Greater States is not simply encompass a name, but also a philosophy. To Burns and Gardiner, along with a new addition, bassist Alyson Adcox, the band goes deep in everything from music to name.

The band was started in an effort to promote forward thinking and to play music that was "more than what was on the radio or what was going around in the scene," Burns says.

But the main purpose of the band is more than just a message of positivity.

"Just hearing the music and feeling like you're taken to another place--that's The Greater States," he says.

The secret to what makes The Greater States tick lies in the relationship between Gardiner and Burns.

"We have a history, and we have a chemistry with each other, so it's very easy for us to work together. I had these parts that I wanted to work out and turn into songs, and he happened to be the drummer that was hanging around. He happened to be the guy that I knew would bring out the best in these songs," Burns says.