The Play of Their Youth | Jackson Free Press | Jackson, MS

The Play of Their Youth 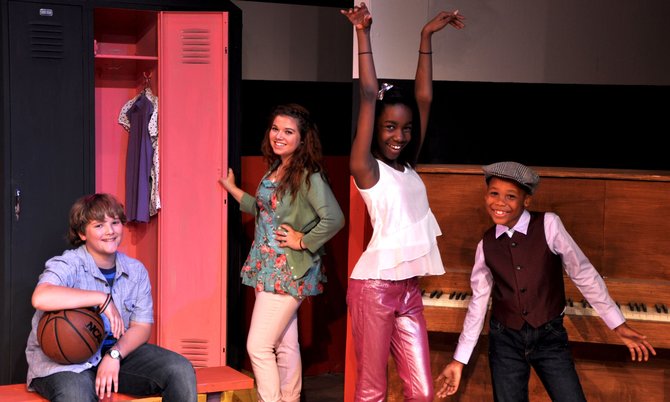 New Stage Theatre Camp’s master classes allow children to focus on all aspects of the theater, from acting to stage combat to costuming. Photo by Courtesy New Stage Theater

New Stage Theatre is taking a leap into the present with its production of "Disney's High School Musical, Jr."

Despite its history of ending its yearly youth summer camp with a production set in years past, this year New Stage chose the modern-day "Disney's High School Musical, Jr.," an on-stage adaptation of the popular Disney Channel movie, for its final showcase.

"High School Musical" is the story of East High School's resident jock, Troy, and nerd, Gabriella, as they audition for the school's musical. The pair makes friends and foes with the copious cliques at East High as they work to make the musical a reality.

"The kids are very enthusiastic about it, and I knew that they would be, so that was why I chose it," says Chris Roebuck, director of "Disney's High School Musical, Jr." and director of the youth camp. "I knew that the kids would get a kick out of it, (and) it's actually growing on me."

New Stage's summer theater camp began in 2006 with a production of "The Music Man, Jr.," and each summer campers work on a different production. The camp went from 50 participants the first year to 60 the next year, and it has been growing like that ever since. The theater expanded to two camp casts last year. At the camp, students take master classes in acting techniques, from dialect to stage combat. This year, students have the opportunity to lend a hand in the costuming aspect of the production, further tapping into their creativity to make their characters come to life. Many of the students are at the same place in their lives as the characters in the musical and are grappling with the same day-to-day experiences. At the end of each camp day, the cast rehearses the production to put their newly learned skills to use.

Roebuck, 41, has worked at New Stage for the last 16 years and has had a hand in the camp productions since their inception.

"(The camp) has always been there in some form. We used to just do it during spring break, but there wasn't enough focus on the process," Roebuck says. "It was more about getting a show together so mom and dad could come see it. When we decided to do this camp, (process) was first and foremost. We wanted it to be more about learning and what they got from the camp. The show is great, but it's not the whole thing."

The most important and rewarding part of the process, Roebuck says, is what the students take away from the camp and "seeing the kids grow both as artists and people," he says. "You see them learning different things about performing, but you also see them gain self-confidence and make friends."