Stinker Quote of the Week: 'Threatened' 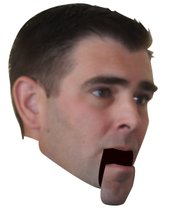 "They do see this as a matter of constitutional gun rights being threatened."

Why it stinks: No one's constitutional rights are being threatened here. House Bill 2 has caused confusion and raised numerous questions over its meaning. While the bill's advocates have repeatedly stated that it clarifies current law, some law enforcement officers in Mississippi are concerned that it threatens their safety.

"House Bill 2 does more than define 'concealed,'" wrote Hinds County Circuit Court Judge Winston Kidd in his order to block the state from implementing the new law. "It creates confusion and chaos with respect to the enforcement of gun laws here in this state."

Kidd continued: "This case has nothing to do with taking away a citizen's right to lawfully carry a weapon. Citizens have always had the right to carry a weapon and that right will continue to exist, regardless of the ultimate outcome of House Bill 2. A legally obtained permit will continue to allow a citizen to carry a concealed weapon. The proponents of House Bill 2's contentions of 'taking away gun rights' are unfounded and do not exist."