Moving On and Up | Jackson Free Press | Jackson, MS

Moving On and Up 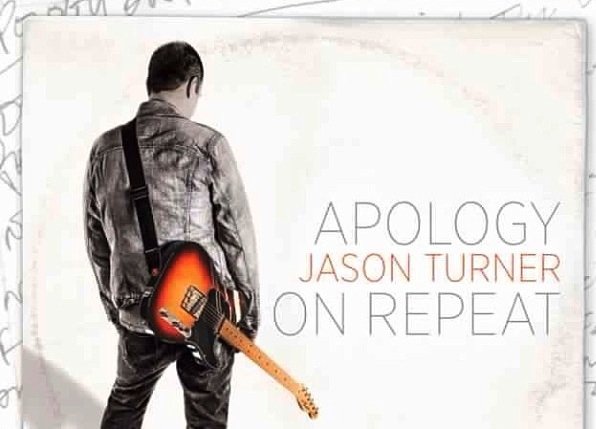 Jason Turner used writing the songs for his newest album, “Apology on Repeat,” as a therapeutic process. Photo by Courtesy Jason Turner

Releasing a new album is always a funny thing to Jason Turner because he writes so much. By the time his albums come out, he has usually written dozens more songs. His fifth and latest album "Apology on Repeat," released June 18, features songs he wrote over the course of several years that producer Steve Blaze handpicked from about a hundred. With a theme of hope, "Apology on Repeat" is an album that has confused (and perhaps delighted) music classifiers.

Many peg "Apology on Repeat" as a country album, but Turner doesn't even listen to country music. He's more of a '90s rock and '80s new-wave guy. Although he was listening to a lot of Ryan Adams and Jason Isbell while recording this album, he says that he listens to Soundgarden and Pearl Jam all the time. Perhaps it's those influences—and the southern drawl—that help Turner's music sound like a mix between '90s rock and country. Short melodies from classic '90s rock songs such as "Closing Time" by Semisonic and "Everything Falls Apart" by Dogs Eye View come to mind throughout the album.

In "Apology on Repeat," Turner uses the ups and downs of romantic relationships to represent other hardships in his life that he has overcome. One listen reveals the top layer, but listen closer, and the deeper message of hope and perseverance shines through.

"I hate to say that it's a hopeful record because there's a lot of dark stuff on there, but for me it really is," Turner says, acknowledging that some of the tracks may be misleadingly solemn. "This album is me dealing with a rough part of my life."

Journaling almost every day and reading keep Turner's songwriting gears turning, even through hard times. He uses writing as a coping mechanism to bring closure to situations. "I could have an argument today and sit down tonight and write about it," Turner says. "When I'm writing down the story, it's almost like I'm closing a chapter."

"Call Me When You're Lonely" reflects on one closed chapter of Turner's life. In it, he openly admits to drinking too much. Looking back, it all seems like a waste. "So vague and meaningless," he sings. "I can't remember what was fun about all of this." Like most of the songs on the album, this one has an element of outward love or longing for someone else. For the chorus, he sings, "Call me when you're lonely/I'll be home."

On the previous track, "Can't Let Go," Turner muses more on the process of getting out of the slump that he was once in. "I get kind of hermity and stay in my house when I get in a bad spot," he says. The song is about getting out of that habit, realizing that it's pointless and that life goes on. While reflecting on this darker time, Turner stays optimistic in knowing that with a bit of effort, things will inevitably be better.

Another hopeful-despite-the-circumstances track on "Apology on Repeat" is "No Substitute." It seems to be one of the more confessional and personal tracks, opening with the lines, "Well there ain't no satisfaction/In the way the tears fall from my eyes."

In some ways, "Apology on Repeat" seems to chronicle a broken relationship that a newer, healthier one eventually replaces. During the chorus of "No Substitute," Turner sings, "I know one day I'll find someone to treat me better than you." On the other hand, he uses the accessible language of love and loss to address personal and deeper hardships that he has had to overcome. "They aren't so much about one person as they are about actions," Turner says.

Two of the album's gems, "Lose You" and "Summertime," act as admissions of being a flawed man. Turner says they are two of his favorite tracks. "Lose You" is a prediction of the end of a relationship because of his faults. One of the more country-leaning tracks of the album, "Lose You" still sounds contemporary—reminiscent of Jason Mraz and his fast-paced delivery. "Summertime" may also evoke the country label for some listeners, if only due to the conspicuous harmonica playing in the foreground.

When approaching such personal topics some artists opt to hide behind cryptic metaphorical language. In contrast, Turner, actively tries to be open and honest in a simple way. He has created an album which can serve hopeful purposes, from releasing oneself of self-doubt to feeling comfortable in moving on from a hard breakup.

Jason Turner's album, "Apology on Repeat," is available to download at itunes.com and amazon.com and is available for streaming on Spotify. Visit jasonturnerband.com, or find Jason Turner Band on Facebook.