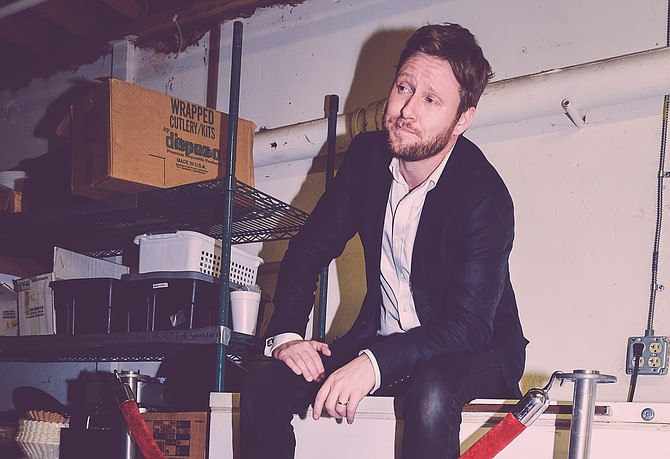 Mississippi-born musician Cory Branan comes to Duling Hall Sunday, Nov. 9, with a new album and a new lease on songwriting.

Southaven native Cory Branan is coming close to home on Nov. 9 with a stop at Duling Hall in support of his newest album, "The No-Hit Wonder," his second release through Chicago-based label Bloodshot Records. Justin Townes Earle, son of country singer-songwriter Steve Earle, will share the stage with Branan, ensuring an evening alternative-country fans definitely won't want to miss.

"The No-Hit Wonder" doesn't stray too far from Branan's work since his 2001 debut, "The Hell You Say," accompanying impeccable Memphis-branded musicianship with potent lyrics about the bitter truths of the rambling life.

As the title of the album suggests, Branan is short on chart-topping hits, but make no mistake: Branan is every bit as talented as any singer-songwriter you will find playing today. While we may be less acquainted with his music, his peers know him quite well. When he played in Oxford last month, Jason Isbell, two-time winner of the Americana Music Association's "Song of the Year" Award, called Branan "one of my favorite songwriters working today."

New on this album are more optimistic tunes—undoubtedly due to his new marriage and 2-year-old daughter—that break up the tried and truthful, broken-hearted and lonesome drinking songs for which he's best known.

"I think people tend to hear tempos and get lost, but if you listen to the lyrics ..., there are definitely songs on the album that are ridiculously upbeat," he says. "I'm in a pretty good place."

After more than a decade of constant touring and layovers in music cities across the country, including Los Angeles, Brooklyn, N.Y., and Austin, Texas, Branan set up shop in Nashville, Tenn., his home for nearly four years. This idea of settling in, if not down, also appears throughout the album. As he sings in the title track, "Years of living blood to string, years of living hand to mouth, years just getting kicked again. Boys, it is what it is."

Coming to terms with himself as an artist is what "it" is, he says. The album is about making damn good music and sharing it with listeners who understand his struggles as a working-class songwriter. He is accepted that he can be respected and appreciated for his craft, even if the hits never come. It's a lesson he hopes all musicians learn.

"I've done everything that's in that song ('The No-Hit Wonder'), but it's not just me. I'm not the only one doing it, and that's the real impetus for the song," he says. "If it was just me, I don't think I'd sing it. It'd sound like Eeyore's diary."

When it comes to playing a show in his home state, Branan is quick to admit that it means a good bit more than shows in, say, the United Kingdom, where he is scheduled to close out this tour in March 2015.

"There's something about the landscape of the Delta. It's so desolate that it's oddly comfortable. ... It's home," Branan says. "Mississippi is tricky, now! The cool stuff stays the same, but the cast of characters always changes."