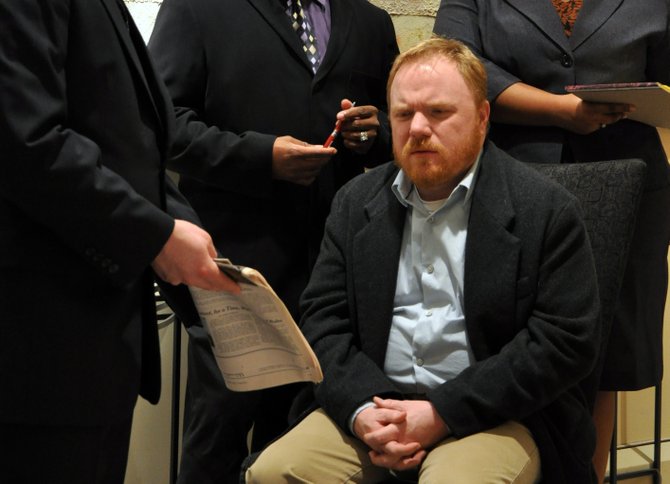 It was a sunny June day in 2001, and love was wafting in the air. I sat in the rear of the church with my old high school chum, filling time waiting for the start of the wedding ceremony by taking in the ambience and floral arrangements and participating in some good old-fashioned girl talk. Later, when a group of us wanted to take pictures, I went looking for my friend in the restroom and overheard her whisper in hushed tones, "I'm the only one here ... white!"

Not knowing what to say, I hurried out, thinking, "That's white folks for you." But a few years later, when I realized that I was the only black person at a seminar, I became ill at ease, even though no one seemed to be rude to me. I thought of my friend and how ironic it was to be standing in her shoes, as comfy as a pair of wooden stilettos.

Is racial prejudice a malignancy that lies in the remote far corners of the basement of all of our brains—even if only the size of a mustard seed—just waiting to bubble over like an erupting volcano?

Quintin Lewis and Jacob Yarborough, both 25, are directing a provocative play that poses that question as part of the Unframed at New Stage Theatre series. "Race," written by legendary Pulitzer Prize-winning playwright and Oscar-nominated screenwriter David Mamet, is a three-scene character study about a trio of lawyers—two black and one white—who are tasked with defending a wealthy white man accused of raping a black woman. The events of the case and its revelations methodically strip away the layers of the attorneys' true feelings about racism (as well as other "isms") piece by piece, and when the seismic climax hits, no one will be the same again.

"Race" also shows off Mamet's signature writing style of Mamet-Speak, a rapid-fire AK-47-style dialogue reminiscent of ABC's '80s hit show "Moonlighting," as well as its current smash, "Scandal." Throw in a cluster of F-bombs, and a humorous array of one-liners, and you have an explosive drama that manages to effectively balance the thought-provoking topic with light-hearted comedy.

This is Yarborough's directing debut for New Stage, although he has done the sound for several shows. Lewis is also a first-time director at New Stage, and he draws on his experience performing with Jackson State University's MADDRAMA and acting in New Stage plays such as "Charlotte's Web" and "Dracula."

So how is the pair getting the quartet of actors ready for the sensitive subject matter and dialogue? "It's a lot of quick back and forth. It's been a lot of rehearsing over and over until it has the right pace," Yarborough says.

"With four people, it is easier to work with the language," Lewis adds.

The cast also conducted roundtable discussions on race to get a deeper understanding of the issues raised in the play. "Race is what racial differences cause people to do," Yarborough says. "It's the reaction of race, not race itself."

"I want the audience to walk away and ask themselves, 'Am I guilty of racism?'" Lewis says. "This will arouse their consciousness, and they will wonder if they are unconsciously guilty (as well)."