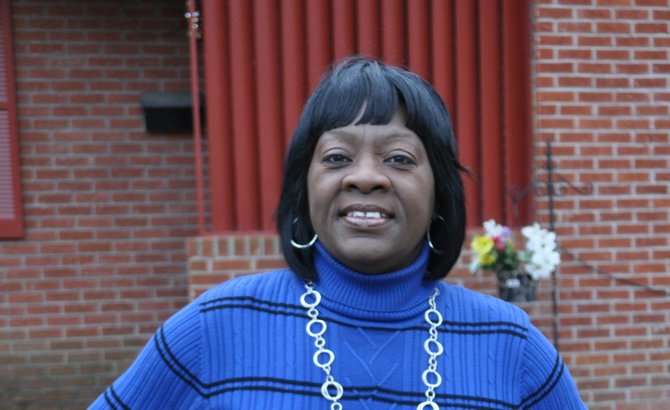 This has been a good decade for Deloris Angrum. Her daughter, April, returned safely from Iraq. She is a grandmother and will be again soon. In 2010, she received the National Excellence in Leadership Award, awarded annually to one employee of the U.S. Geological Survey. The 57-year-old also recently retired after 35 years with the USGS and has begun a business as a wedding planner. But perhaps most importantly, in a lavish, no-expenses-spared ceremony last October, she married her soul mate.

Angrum was born in Morgan City, in the Delta, and her family moved to the Jackson area in the early 1960s. In 1974 she graduated from the old Central High School and in 1979 she graduated from Jackson State University with a business degree.

She is proud of the work she was able to do at the USGS. "Being a black African American woman from Mississippi with a bachelor's degree in business, it was very humbling to receive this award from the premier scientific agency in the world," she says. Now, she is looking forward to the next phase of her life, with a new love and a new career centered around  people in love.

Married first in her early 20s, Angrum had two children and a wonderful marriage for 19 years before she and her then-husband grew apart. Years later, she met her current husband and soul mate, Michael, as he went door-to-door in Terry asking if anyone had any furniture needs. Deloris did not, but she began to give him advice on how to run his business, "and it developed into a wonderful friendship," she says.

"My first wedding was wonderful, but it was held in my mother's living room, and this time I wanted the wedding of my dreams," she says of her lavish second wedding.

After her dream nuptials, Angrum's sister's hairdresser asked Angrum to quickly organize another wedding, and she was hooked.

Angrum had intended to become a DJ or radio announcer after retirement before discovering this new path. "It was divinely inspired, that call from my sister," she says.

She has since partnered with Wanda Jackson, who already had a business as an event decorator, and they created a new venture called Uniquely You Weddings and Beyond.

"We located our business in the Jackson Square Promenade because we wanted to highlight the renovation of the Square, and we saw an opportunity to help bring south Jackson back to life and to meet the needs of the south Jackson population," Angrum says.

Of her many accomplishments, Angrum is most proud of being a strong role model at work and in the community. "I have spent my life, my career, being an advocate for people," she says. "I have stood up for those who couldn't do it for themselves and for those who could. I have insisted upon and modeled manners, decorum, and fairness in the office, and I have never lost sight of my femininity, nor compromised my Christian heritage."